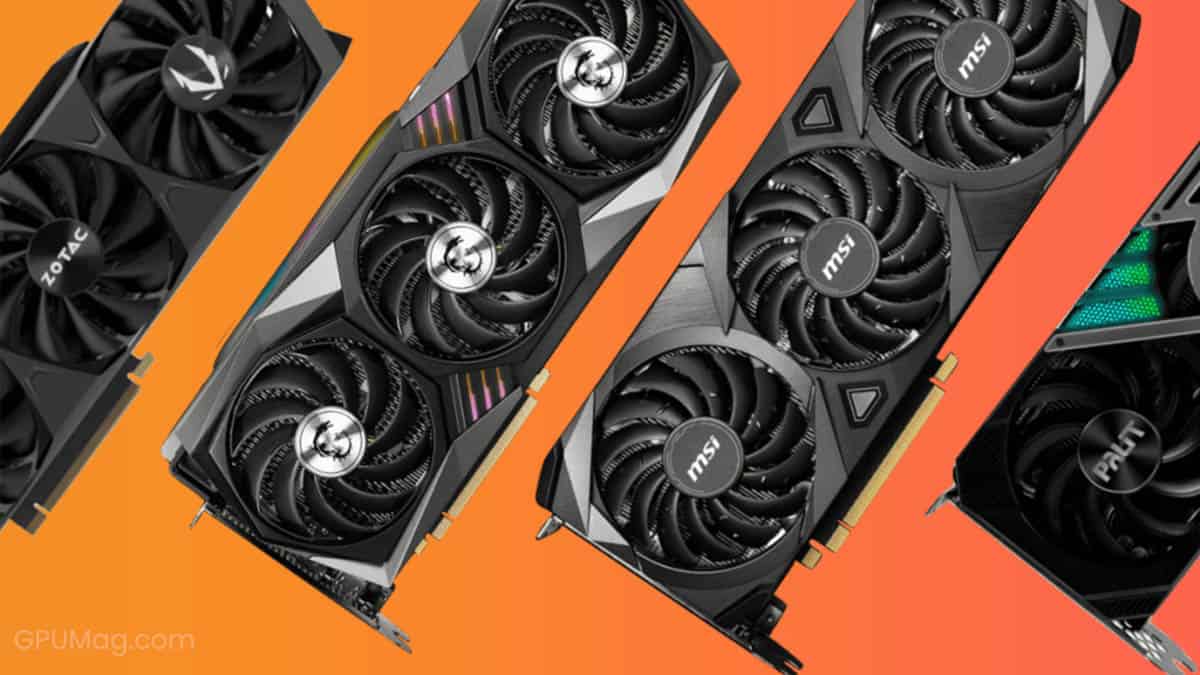 If you have ever heard of and understood the idea of overclocking, you likely want to learn exactly how to overclock your GPU. This article will explain the process and help you understand how it can be beneficial and what you should expect.

It goes without saying that the key reason for overclocking your GPU is to increase your PC’s performance.

Your reasons for wanting to try overclocking might vary. Your card might be getting older and unable to run modern games at the same level as before. You might simply want to squeeze in a few extra frames to gain a competitive edge in online games.

Although you might have come to this article already knowing what overclocking is, it can’t hurt to repeat that information.

Before understanding overclocking, you should be aware of exactly how the graphics card functions. It is essentially a smaller-scale computer with its own processor and RAM (here named VRAM).

As with the CPU and RAM, the GPU and VRAM have their own clock speeds, which determine how quickly they can perform operations.

Each of these clocks is provided with certain “factory” settings, guaranteed to be safe by the manufacturer. In theory, you won’t have any issues with these default settings.

The process of overclocking calls for the user to manually change these clocks and attempt to make their hardware run faster. If you’re wondering, the opposite process (underclocking) consists of manually lowering the clock to reduce temperatures inside the case.

How Much Can The GPU Overclock Affect Performance?

It’s perfectly reasonable to want to know how much your GPU’s performance can actually improve if you decide to overclock it.

The answer to this question isn’t as simple as we would like. It largely depends on how much you’re willing to push your GPU. Other key components include having a good PSU and proper cooling in place in order to maintain the stability of the GPU because overclocking can disturb that balance.

It simply isn’t reasonable to expect a 50% increase in performance, but in most cases (and if you do things the right way), you can enjoy a solid 10-20% boost.

What’s Necessary Before You Overclock Your GPU

In the days when the concept of overclocking was still new, there was a certain mystique surrounding it. Many PC users might have been puzzled if they witnessed it. Today, the process has become extremely streamlined and simplified, so there isn’t much preparation required. In fact, you might not even need to open your PC case.

We still recommend doing so simply to ensure that the cables inside haven’t shifted (provided you took care of cable management in the first place) and that they aren’t blocking the air from flowing freely through the case. Make sure the graphics card can “breathe”, as its fans will need to cool even more than before.

As mentioned earlier, the entire overclocking process has evolved and can now be done without ever needing to access BIOS. You only need a few free simple Windows tools, and you’re good to go.

One of the key components to overclocking is benchmarking. When you think about it, it makes sense that you would need a benchmarking tool to compare the state before and after the overclocking process.

Although, for the most part, MSI Afterburner would be a suitable tool for this job, we recommend using something else such as 3DMark or Unigine Heaven. In fact, ideally, you should use both. This will allow you to have insights from multiple perspectives.

To perform the actual overclocking, we recommend using MSI Afterburner. Don’t be deterred by the MSI branding; it can be used on any graphics card, founders edition, and AIB alike.

Although the process is relatively simple, there could be some unexpected bumps along the way, and we’ll try our best to help you navigate past them.

In order to determine the current state of your system and how well it can perform, it’s absolutely necessary to run a benchmarking test before starting the overclocking process itself.

Ideally, you should run any of the previously mentioned benchmarking tools and take note of the performance, but you should also run the stress test inside the game you want to play.

This will obviously be harder to measure accurately if there’s no built-in benchmarking tool within the game. Fortunately, a lot of modern AAA games pay attention to this detail and have included this kind of tool. Here are some examples: Red Dead Redemption 2, Borderlands 3, Horizon Zero Dawn, Shadow of the Tomb Raider, Assassin’s Creed Valhalla, and many others.

After you have run all these tests, either write down the results or take a screenshot. This is necessary if you want to compare the performance boost you receive when you overclock your GPU.

The main event. Perhaps it’s best not to look at it that way. In truth, you might need to repeat the process multiple times to achieve optimal results.

In any case, these are the steps that you will need to complete to see even the smallest performance changes. Remember to take things slowly; this can be a delicate process, and there’s no need to rush it. It’s true that you can Google the top clocks for your GPU, but that doesn’t necessarily mean that your rig will be able to produce the same results.

You should first boost your core clock. We suggest doing this at around a 5-10% increase. Unfortunately, if you’re using MSI Afterburner, you won’t be able to adjust the clock by percentages and will instead need to use your own math skills (or Google) and calculate a 5-10% boost based on the base clock.

If you want to be extra safe, upping the clock by just 5% is almost guaranteed to maintain GPU stability, but this is unlikely to produce any noticeable results.

As you might already know, the overclocking process isn’t unique to the graphics card; the CPU is often also subjected to strenuous overclocking. However, unlike the CPU, the GPU won’t have the same jaw-dropping results simply by overclocking the core.

The memory clock is a key component for transferring stored data quickly to and from memory and enjoying better performances from your graphics card.

Much like the core clock, we recommend increasing the memory clock in small increments to stay on the safe side.

There is an interesting school of thought that argues that running a looping benchmark might be the easiest way to see how much you’re improving the performance of your card and understand its limitations. The same logic could be applied to the core boosting part of the overclocking process.

This isn’t a bad approach at all. It’s quite a good solution if you’re able to spot any artifacts, such as stray pixels or other graphical glitches.

In any case, you will eventually reach a limit that will probably make itself known in the form of a Windows freeze or reboot. This is not ideal, but it’s also nothing to panic about.

When that happens, you will have found your limit.

After this step, you should go back to your overclocking tool and lower whichever setting you adjusted last. If you increase the core clock by 25Mhz, lowering it by that amount should fix it. Otherwise, you will encounter the same freezing and rebooting issues again and again.

Once you’ve pushed all the settings as far as you can, there is still something that can help you improve the performance. We’re talking about increasing the power limit.

This helps by giving your graphics card more energy and the capability to overcome its previously set limits.

Giving your graphics card more juice will be noticeable when you try to run a demanding game and hear the noise growing louder inside the case. Don’t worry, that sound is simply the fans working harder.

Despite mentioning fine-tuning in the previous step, this is different. There, you had to slowly increase the core and memory clock speeds to get the best result out of the whole overclocking process.

However, it’s important to note that this step is optional.

This means that, even if you decide to skip it, you will still have gained something from the GPU overclocking process. This step is important if you’re looking to get the best possible results. We will continue right where we left off, and that’s by increasing the power limit.

Essentially, this step provides another opportunity to repeat the same process. However, we are responsible for telling you that there isn’t much room left for further overclocking. When you increase the power limit to its maximum, you won’t be able to increase core and memory clocks by as much as you did in the previous step.

This step is hopefully where your patience will shine through. We know that the process leading up to this has probably been time-consuming. If you’re inexperienced, it might also have been a little nerve-racking. However, if you persist now, you won’t have to tweak any more, and you should get the best possible performance from your GPU.

This final step isn’t necessary for the GPU overclocking process, but it’s important to give you a good overview of the results. This will show you how much you have managed to improve your GPU’s performance.

Naturally, it’s vital that you use the same benchmarking tool that you used when you measured the base performance. Run the test a few times to be sure, then compare the numbers to the original ones.

Once you have the numbers, you can correctly gauge how much you have improved your GPU’s performance. Hopefully, it’s now at a satisfactory level, and you can game freely to your heart’s content. 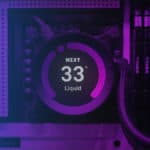 How To Monitor Your GPU Temperature
Related Topics Tags