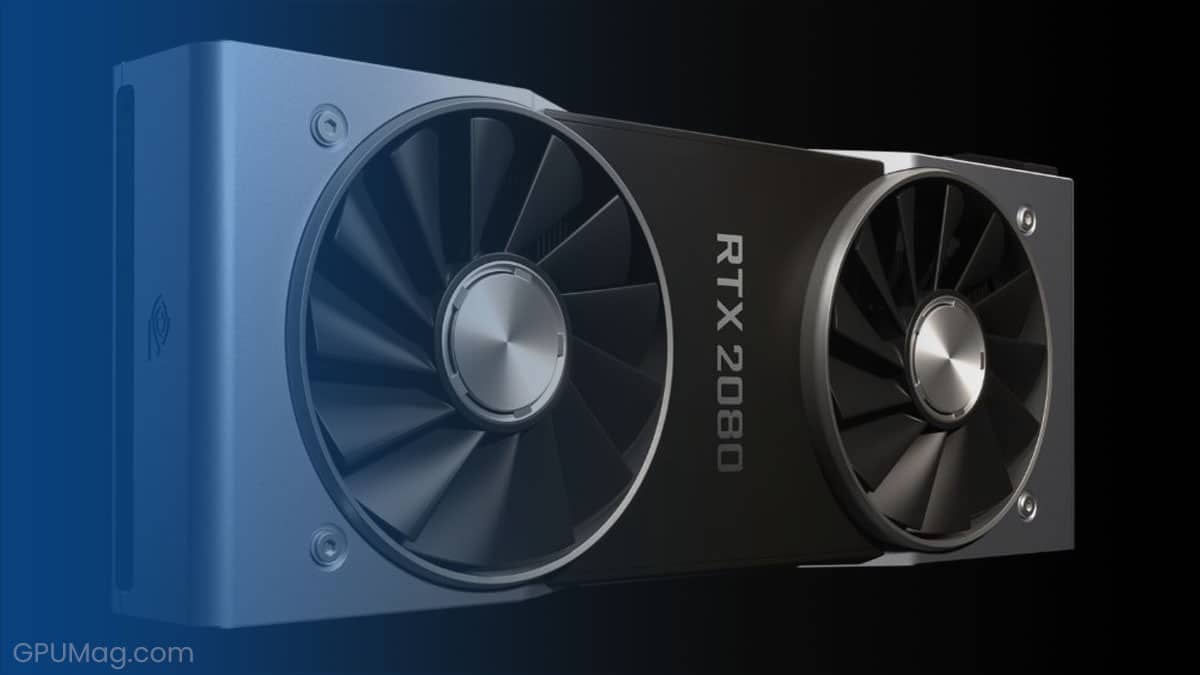 Your GPU fan not spinning is a frustrating issue and one that can occur for various reasons. As a result, there are several solutions to this issue, some of which are quick and straightforward, while others are a bit more complex.

There are few things more frustrating than building your brand new PC and realizing that a component isn’t working properly, potentially rendering your entire machine useless. If that issue is as basic as the GPU fan not working, it can be even more annoying.

Important: Some GPU fans aren’t supposed to spin all the time. These GPUs feature what’s called passive cooling or 0 RPM Mode, which leaves the heatsink responsible for cooling the GPU when it’s not under heavy stress.

Most modern GPUs have a certain threshold where the fans should stop spinning. This is usually around 40 or 50 degrees Celsius.

If you try running a game and the GPU fan isn’t spinning, there is likely a problem.

Fortunately, the simplest and most straightforward solution will often fix the issue. To know exactly how to deal with the GPU fan not spinning, you need to know how to diagnose your problem accurately.

There are numerous possible issues that can occur due to a software bug or a similar issue. There are a few excellent ways to troubleshoot and fix your problem.

If your GPU fan or fans aren’t set to spin constantly, you can easily force them to kick into gear and do what they are intended for. The easiest solution is to run an intensive game and check if the fan activates.

A better solution is to install a benchmarking tool like MSI Afterburner, for example, and run it. The best benchmarking tools will tell you exactly what speed your fan is spinning (measured in revolutions per minute or RPM) when under different stress levels.

Modern graphics cards come with automatically-adjustable fan speeds and will work perfectly in most cases, provided the GPU isn’t overclocked. If you want to tinker with that, we strongly advise that you properly set up your fan’s RPM to support the temperature increase that comes with overclocked GPUs.

If the factory fan speed settings aren’t sufficient, you can always install a tool like the previously mentioned MSI Afterburner or something more specialized, such as SpeedFan, and modify the temperature yourself.

If the fan still isn’t spinning after you have applied stress tests or manually altered the fan speed, it’s possible that you’ve been barking up the wrong tree.

To fix the issue, you might need to update your GPU driver. However, due to the ever-evolving and adapting nature of GPUs, this is unlikely as most modern graphics cards come with software that is in charge of checking for new drivers and installing them.

It’s also possible that you’ve unintentionally deactivated your fan’s default settings, preventing the driver from functioning correctly. However, more often than not, this is a manufacturing issue.

Once you’ve checked that you have the latest drivers, it might be a good idea to reinstall them, just to be 100% sure that they’re up to date.

To quote Roy from “The IT Crowd,” “Have you tried turning it off and on again?“

The actual numbers will only ever be anecdotal, but you would be surprised by just how many PC-related problems can be solved with a system restart.

The benefits of a reboot are numerous, so we’ll only mention a few here. For example, the RAM is wiped clean when you restart your computer.

Due to its nature, the RAM loses all data when the power shuts off, but while it is active, it can slow down your processes. This is because a memory leak can sometimes occur when an app uses RAM but fails to flush it properly on exit, so it is still assigned to that task.

When you reboot the PC, you free up memory that wasn’t being used but was reserved as though it was.

Restarting can also fix your internet connection. If the manufacturer’s software is unable to establish a connection with the server, it will now have a second chance. If that doesn’t work, you probably have a network connectivity issue, which is a different problem altogether.

Unfortunately, these are more frequent and harder to solve. Fixing them will require you to open your case and tinker with the GPU or other components. Let’s get down to business.

Power Connectors May Not Be Connected

This isn’t a revolutionary point, but it is something that can be easily overlooked, mainly due to how small the cables are. It can be hard to see with the naked eye whether or not they’re connected, especially if you’re unsure what to look for.

Before checking for this, you should know if your GPU requires a PCIe cable or if it can take power directly off a PCIe lane. It can be concerning to open your PC and see that there’s no cable connected to the graphics card. Before you jump into that, make sure you know if your GPU even needs the power cable.

It’s also important to know that it is possible, due to a recent upgrade, that either your GPU or another component has overwhelmed your PSU (power supply unit). This can result in it being unable to adequately supply power to all the components.

If you are unsure precisely how much power your PC uses, don’t worry, as there’s no need for you to possess that knowledge.

You can simply use a component detecting software, like CPU-Z, and then use a power consumption calculator to see exactly how much power your PC needs. If it looks like your PC is supplied with enough power, you can move on to the next possible issue.

If you have already checked all the cables in your PC and everything is connected properly, but your GPU fan is still not working, it might be a good idea to plug it into a different computer (one that you know is working properly) and see if the issue persists.

Sometimes, due to gradual dust accumulation, the fan will eventually stop spinning.

The easiest solution is to simply clean it, but that might not be such a simple prospect. Fortunately, if this is the issue, you won’t need to be very thorough to get the fan moving again.

If you want to avoid this issue in the long term, you should give the fan a comprehensive clean. There are two main approaches as far as cleaning is concerned, which include compressed air and the use of a cotton swab.

On the surface, using compressed air seems like a foolproof method. While it is very effective, there are often small pockets that you miss, either because they’re difficult to reach or you missed that spot.

Cotton swabbing used to be the preferred method, and it can be very effective for reaching tight spots. Still, it is also tedious having to clean every piece individually, not only on the GPU but the entire motherboard.

In short, our recommended method is to use compressed air, but you should also have cotton swabs ready to make sure you can get to the awkward spots in your case.

Another result of age: a fan’s bearings can start grinding and even stop spinning completely. The solution for this is to use a lightweight machine oil, and the difference will be immediately noticeable.

Many people will turn to WD-40 in these situations as it is so readily available, but you should absolutely not use it. It will only make things worse and potentially cause permanent damage to the bearings, rendering your GPU fan useless.

If none of the previous tips have worked for you, there is only one solution left.

Unfortunately, if nothing else has worked, you are left with no option but to replace the fan. For obvious reasons, this is the most troublesome solution and should be your last resort.

You will first need to remove the GPU from the case and then carefully remove the fan. If you are inexperienced, you can easily damage the GPU. Don’t be put off but remember to do this very carefully.

Once the fan is removed, you can insert the new fan. When getting a new fan for your GPU, make sure you get one specifically for your graphics card. The good news is that fans are usually adaptable to multiple GPUs, but they will probably need to be from the same series.

Another thing to be wary of when getting a new fan is to check that your PSU has the appropriate power cable. It probably does, but, especially if you’re looking to upgrade your fan, you need to be 100% sure.

If your fan has stopped working, it’s most likely to be an age issue. If that’s the case, you should consider getting a whole new GPU. Most modern mid-range graphics cards can easily outperform the high-end cards from five years ago. 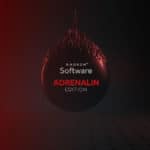 How To Install Or Update AMD Drivers
Related Topics Tags