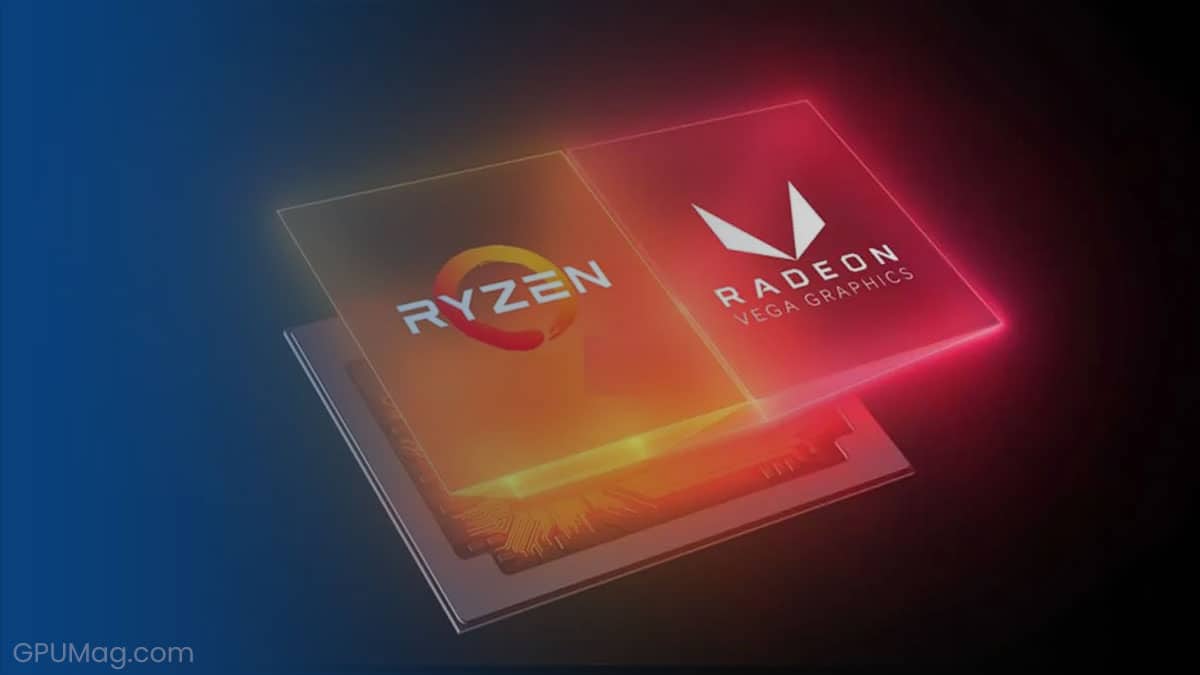 CPU and GPU are familiar terms for even the least experienced computer users, but APU is one that you might not know. That could be by design, but APUs have come a long way since their modest beginnings.

Before we take a closer look at what an APU actually is, we will first make sure we have a clear definition of both CPU and GPU.

Also referred to simply as the processor, the CPU is the main controlling chip in what we consider a PC. At its core, it executes basic arithmetic, logic, controlling, and I/O (input/output) operations assigned to it by the program.

In other words, it is a relatively simple piece of electronic circuitry consisting of an arithmetic logic unit (ALU) and a control unit (CU).

The ALU is in charge of executing arithmetic and logic operations, or Boolean algebra, while the CU fetches data from memory and provides instructions to the ALU.

Below is a simple illustration of how an OR gate functions. When people say that computers are simply ones and zeroes, this is what they mean.

The CU receives data that the software is in charge of sending and determines which operations the ALU needs to perform to deliver the desired result. The ALU then uses data stored in registers and compares them, producing an output that the CU sends to the appropriate location.

This is a very simplified explanation, as fully detailing what these pieces do would be veering too far away from our topic.

Today, CPUs have multiple cores and multiple threads, which allows them to simultaneously perform tasks that older, single-core CPUs could not.

Modern CPUs often have six or more cores (perhaps even 16 in rare cases) which can be divided into virtual or logical cores with hyper-threading or multi-threading.

The processor’s clock speed is generally accepted as the measurement of the speed of operations executed. The unit of frequency is hertz (Hz), which indicates the number of cycles executed each second.

Modern computing has progressed to the point that a CPUs’ speed is measured in gigahertz (GHz), which means it can execute a mind-boggling several billions of operations in a single second.

Even if 3 GHz is not enough for you, most modern CPUs can be overclocked to use even more computing power. However, even the most powerful CPUs out there cannot go beyond a certain point.

The current Guinness World Record is at 8.79433 GHz, which was set way back in 2012, so it’s safe to assume that it won’t increase too much until we achieve quantum computing.

Gamers shouldn’t be too concerned about having those super high clock rates, as even mid-range CPUs will be enough to avoid bottlenecking when paired with a high-end or even enthusiast-class GPU.

The vast majority of mainstream CPUs are produced by AMD or Intel. Intel was considered the leader for a long time until AMD introduced the world to its Ryzen CPUs in 2017, basically revolutionizing the world of computer technology.

Although these are widely accepted as the best CPU manufacturers out there, it’s worth mentioning that other companies, such as IBM and Apple, also produce processors. Apple’s M1 processors are particularly impressive.

Fun fact: The term GPU was first coined by Sony when they launched their original PlayStation console in 1994.

Due to its parallel design structure, a GPU is actually more efficient than a CPU when it comes to algorithms that process large blocks of data in parallel. This is partly because CPUs are more general-purpose, while GPUs are optimized to work with specific data.

There are two main forms of GPUs: dedicated and integrated.

With a dedicated graphics card, the chip is on a separate video card that’s removable and upgradeable. It also comes with its own dedicated RAM, customized to work better for graphics-related processes. Dedicated GPUs interface with the motherboard via the PCIe slot.

There can also be several GPUs connected using NVIDIA’s SLI or NVLink, or AMD’s Crossfire, but those technologies are dying out. Due to advancements in the GPU world, there is no longer any real need for a dual-GPU setup for gaming.

Integrated GPUs are exactly what their name suggests: a part of the motherboard. They use system RAM for their operations and, as a result, are often far slower than a dedicated GPU.

There are also external GPUs, which are pretty self-explanatory. They are GPUs that are outside the PC case. They connect to the PC or laptop via a mini PCIe port, ExpressCard, or a Thunderbolt port, and have begun gaining traction lately.

In most cases, they come with their own PSU, as laptop PSUs are rarely sufficient to support an external GPU, which is itself a huge energy consumer.

Similar to the CPU market, there are two leading GPU manufacturers. In the past, NVIDIA vastly outperformed its rival, AMD. Since late 2020, however, that hasn’t been the case, and these two top GPU manufacturers are finally on par.

Like CPUs, GPUs can also be overclocked if their base clock is too slow to fulfill your needs.

Officially known as AMD APU, this is simply a marketing term for microprocessors that feature both the CPU and GPU on the same die.

This might sound similar to an integrated GPU, but there are key distinctions between the two terms. The original idea for an APU came all the way back in 2006 when AMD ran a project named Fusion, but the first APU wasn’t released until 2011.

The interesting thing about the name APU is that it is HSA-compliant; this is why Intel can’t use the term for its integrated graphics chips. HSA stands for Heterogeneous System Architecture, which refers to cross-vendor sets of specifications that allow for the integration of CPUs and GPUs on the same bus with shared memory and tasks.

HSA is defined by the HSA Foundation, which was founded by, you guessed it, AMD and several other vendors, with Intel clearly not included.

Intel does have its own integrated GPU line, simply known as Intel HD Graphics, but, as previously mentioned and largely due to its rivalry with AMD, it cannot be classified as an APU as it does not offer HSA features.

Technically, HD Graphics is a combination of CPU and GPU on the same die, but due to technical differences, they can’t exactly be considered APUs.

What makes the APU such an interesting piece of technology is the unique way in which the CPU and GPU are combined on a single die. As such, they can share the same resources (including RAM), allowing them to use them more effectively.

Another positive is that, in the long term, there is a noticeable power efficiency increase stemming from the sharing of resources. This is in addition to the performance speed, as well as the decreased manufacturing cost, which means APUs have a great dollar value to their name.

Just like a CPU or GPU, APUs can be overclocked. This is useful as APUs can be limited in performance out of the box, but you probably shouldn’t expect a large improvement when overclocking them.

Unlike the CPU and GPU, the APU’s market is harder to define as AMD effectively holds all the cards regarding the APU patent. APUs are often compared to Intel’s integrated graphics line because the GPU and CPU are on the same die, but APUs easily trump anything Intel has to offer in terms of performance.

Although APUs originally hit the market in 2011, which in technology years might as well be a century ago, AMD has brilliantly adapted its Ryzen processors, and their latest release Zen 3, received a very positive reception.

At the moment, Zen 3 appears to be superior to anything Intel has to offer, so it is the better choice.

As always, when deciding on your next tech purchases, you should accurately assess your needs and determine the intended use for the hardware. Another key point is, unavoidably, your budget. Purchasing a top-shelf gaming PC is going to cost far more than an APU.

If you’re looking for a work computer and like to game casually with eSports games or indie titles, then an APU is a great choice.

What makes the APU an excellent option is the freedom to upgrade. In other words, you can get an APU now, and if you want to play some more graphics-intensive games in the future, you can obtain a dedicated GPU. With AMD integrating its latest Zen 3 CPUs with the RDNA 2 chips to improve them even further, that’s probably your best option.

However, dedicated CPUs and GPUs are better in almost any other situation. It’s ultimately too hard for a single-die combo to compete against the separate CPU and GPU.

Simply put, the APU is a jack of all trades but master of none, while the CPU and GPU are complete opposites. 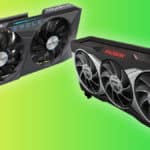 What Graphics Card Do I Have?
Related Topics Tags