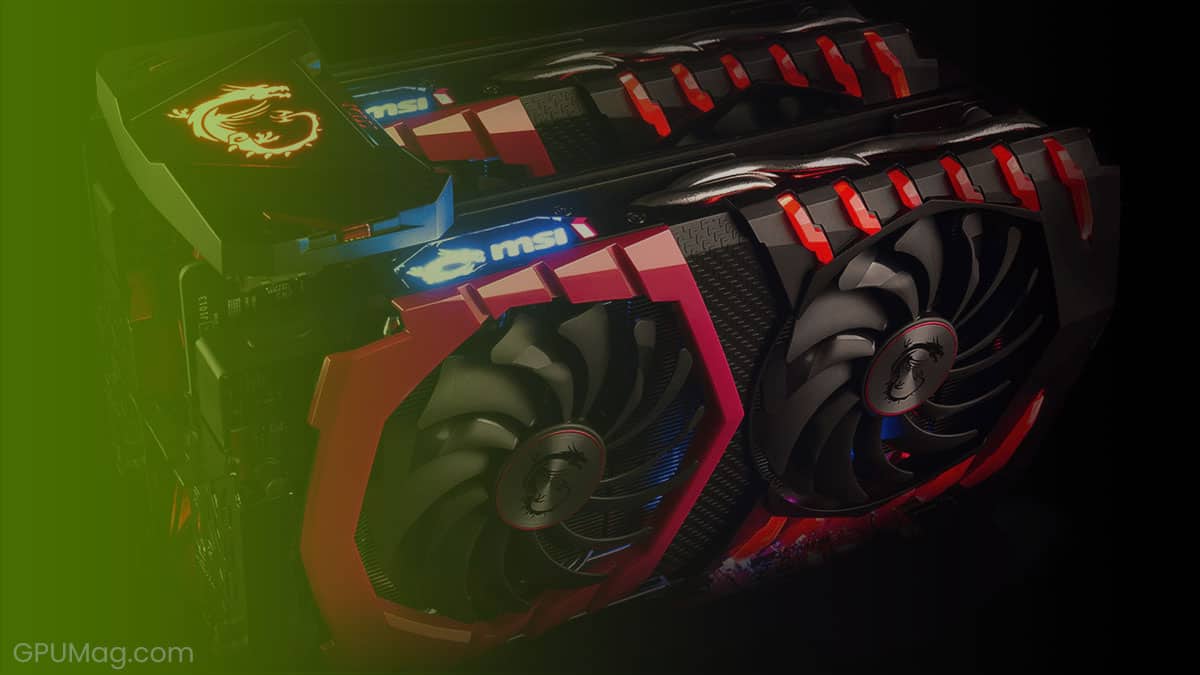 Scalable Link Interface, or SLI, is the brand name for NVIDIA’s multi-GPU technology designed to combine two or more graphics cards into a single output using a parallel processing algorithm.

It sounds like a mouthful, but it’s a cool piece of technology that has also been attempted by NVIDIA’s competitors, AMD, with their CrossFire brand. It’s worth taking a closer look.

Related:CrossFire vs. SLI – Are They Worth It?

Let’s see how this all works!

Fun fact: NVIDIA cannot claim credit for this technology as the company acquired it from 3dfx Interactive, which debuted it in 1998. At that point, the technology was slightly ahead of its time.

However, in 2004, when SLI made its reappearance, the market for top-performing gaming equipment was ripe.

What Is Needed To Run SLI?

A friend of mine fried his motherboard thinking that, as he had enough slots, he could insert graphics cards and simply boot up the computer. Okay, that was me. Still, there are a few more requirements than just a couple of available PCI-Express x16 slots.

First, you need to check if the motherboard is SLI-compatible. This is a vital step, so be careful, particularly as some motherboards support SLI, CrossFire, both, or neither. If you’re only going for a two-card setup, then cards can be configured to work in SLI mode.

Secondly, you need identical graphics cards. They need to be the same model and series, although it is possible to get them from different manufacturers. Hooking up a GTX 1080 and GTX 1070 won’t work, despite their similarities.

For example, if one is made by MSI and the other by ASUS, and the third one by Gigabyte, you’ll still be able to configure them together on the same machine. However, on rare occasions, it’s possible to run “mixed SLI” configurations on some cards that only have a matching core codename, such as G70, G73, G80, and so on.

Graphics cards are set up in a master-slave configuration, which means one card will assume the role of the “master” even though the workload is distributed equally to all cards. In a two-card setup, the master will work on the upper part of the screen, while the slave will manage the bottom part. Once the slave has rendered its part of the screen, it sends it to the master, which then combines the two renders and outputs to the monitor.

In those rare cases where the cards are mismatched, the slower or lesser card will become dominant, with the better card adjusting by either running at the same speed as the other card or disabling its extra memory.

SLI Bridge connects the graphics cards. It’s also known as the SLI Connector, as its purpose is to establish a direct connection between the cards. It’s worth noting that it’s possible to run two low-end or mid-range cards without the bridge by using the chipset on the motherboard.

This is also possible for high-end cards, though not recommended. The results will be very poor as the chipset doesn’t have enough memory. This is where SLI Bridge is useful because it reduces the bandwidth constraints and can transfer data directly between the cards.

There are three types of SLI Bridges:

While the two-GPU setup is likely the most popular one, SLI can also be configured in a three or four GPU dynamic by either using a single bridge that connects every card or by combining two two-way bridges. Combining three or four dual cards set up with a 2-way bridge is impossible as the technology for hexa- or octa- SLI configuration doesn’t exist.

The future is uncertain for these layouts as NVIDIA is phasing out its support for more than two-card combinations due to high driver complexity. In fact, cards such as the GTX 1070, GTX 1080, and higher only support the two-way SLI.

SLI is supported by all Windows versions following Windows Vista, both 32-bit and 64-bit. It can also be configured to work on Linux, but as there aren’t many high-end graphics video games made for that platform, there isn’t much point in trying.

SLI requires at least 2 GB of RAM for a 32-bit system and 4 GB for a 64-bit. Back in 2003, NVIDIA released NVIDIA ForceWare Unified Driver Architecture (UDA), which has built-in support for SLI technology. As such, there’s no need for additional SLI-specific drivers, but you still need them for each graphics card.

A very powerful and reliable Power Supply Unit is necessary as the GPUs are big power consumers, and you will be running two or more simultaneously. High-end graphics cards can use up to 200-350 watts of power, so be aware of this as well.

Important: Not all games and applications support SLI. For those that do, NVIDIA includes SLI profiles in their driver package, so you don’t have to set anything up manually to enjoy a greater gaming experience.

SFR analyzes the rendered image to divide the load between the GPUs. To achieve this, the frame is split on a horizontal line, depending on geometry. For example, if the upper part of the screen only renders the sky, then this line will be lower to balance out the geometry workload on the GPUs.

AFR means that each frame is rendered by a different GPU. In practice, this is usually executed by one card working on odd frames and the other on even frames.

Although AFR might have a better frame rate than SFR, it can cause micro stuttering, which changes the way frame rate is perceived. While the frequency at which frames arrive may be doubled, the production time of the frames is not, so this cannot reduce the input lag.

This separate rendering method can double the antialiasing performance by splitting the workload between the GPUs. One card will perform an antialiasing pattern that is offset to the regular pattern, for example, slightly to the right and down, while the other one will do the same thing with an equal offset in the opposite direction (left and up in this case).

SLI Antialiasing has some advanced options, including SLI 8X, SLI 16X, and SLI 32X, though the last one is only for Quad SLI systems.

This is a generic name for two technologies, GeForce Boost and HybridPower. GeForce Boost uses integrated graphics and a discrete GPU combination to increase performance.

In contrast, HybridPower is not a performance-enhancing mode. It also uses IGP and a GPU on an MXM module, which is used to integrate the GPU on laptops easily. As a big power consumer, the MXM module will shut down when the laptop is unplugged from the power supply. This isn’t exclusive to laptops, as it can also be found on desktop computers.

It’s important to note that a high-end SLI setup will require a powerful CPU to prevent bottlenecking.

NVLink – Is This The Death Of SLI?

It would be more accurate to say that the future of multi-GPU setups as a whole is in doubt, as the gaming industry still hasn’t fully embraced its advantages. While AMD’s CrossFire appears to be on the brink of extinction, NVIDIA still has a few tricks up its sleeve.

This is where NVLink, a wire-based communications protocol serial multi-lane near-range communication link, comes into play. And you thought SLI’s definition was a mouthful. Like SLI, NVLink is a way to connect multiple graphics cards for a single purpose, but a little spicier.

So far, it only works in a two-card setup, but that should be plenty, given its use of NVLink Bridge. Like the SLI Bridges, it connects two cards, but it can provide 10 to 12 times better link speed.

The extra speed is accentuated by the fact that NVLink uses mesh networking to communicate instead of a central hub. This suggests that there is no master-slave dynamic, and each card can operate to its full capacity all the time.

Related:What Is NVLink And How Does It Differ From SLI?

Following the release of NVIDIA’s Ampere and RTX 3000 series cards, it’s safe to say that SLI is officially over. Only the enthusiast-level RTX 3090 has an NVLink interface, while others will support SLI only sparingly, meaning it’ll be handled by outside APIs like Vulkan, DirectX 12, or Open CL.

If you’re thinking of using multiple GPUs in an SLI setup, here’s a list of all NVIDIA desktop GPUs that support SLI. 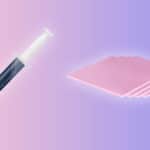 Thermal Paste vs Grease vs Pads – What Is The Difference?
Related Topics Tags