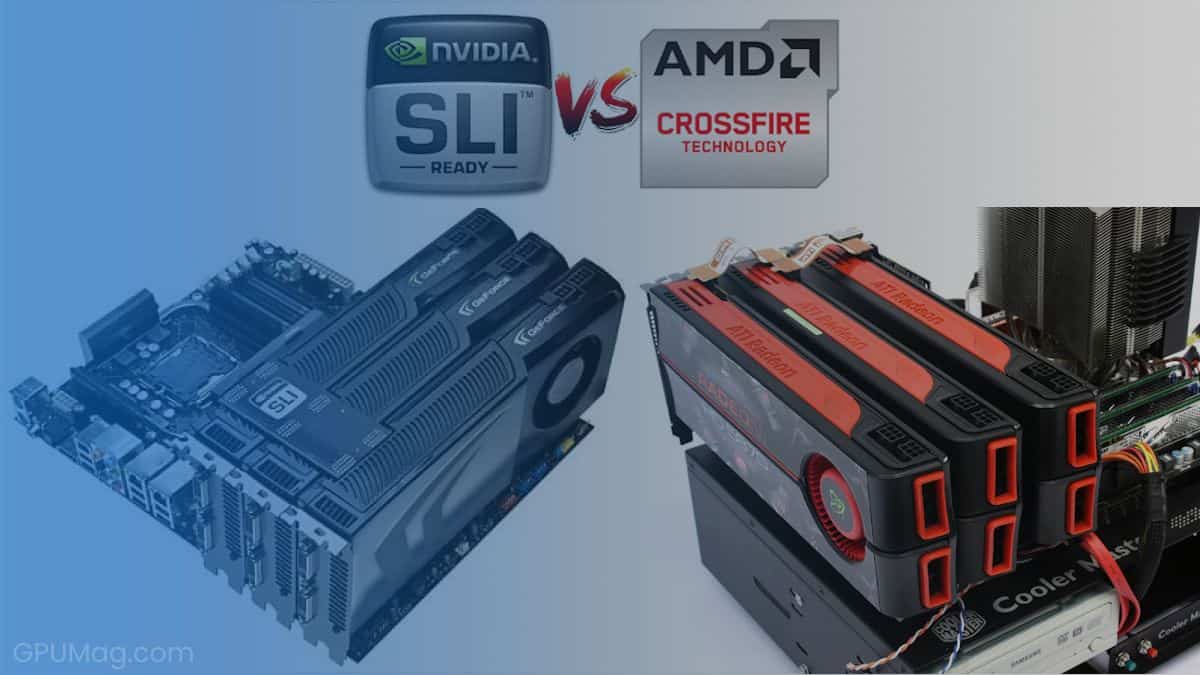 Using two or more graphics cards to do a single job sounds like a great idea in theory, but it might not yield such spectacular results.

A host of issues plagued both AMD’s Crossfire and NVIDIA’s SLI. Despite both offering valid approaches to multi-GPU technology, neither can claim to have completely solved their issues.

When these technologies debuted in the mid-2000s, many were excited about the promises they heard. However, the lukewarm starts made by these companies for their respective multi-GPU solutions would, unfortunately, continue throughout their entire lifespans.

Crossfire was officially laid to rest in 2017. Despite technically still having a pulse, SLI has now been effectively replaced by NVLink, depending on who you ask. In any case, it’s still true that NVIDIA’s SLI upgrade does offer a massive improvement.

What might have been the nail in the coffin for the concept of two or more graphics cards working as one was the advancement of technology and the fact that modern high-end GPUs encounter very few problems handling even the most demanding video games at their highest settings.

As such, it appears that both SLI and Crossfire (and seemingly NVLink) will go down in history as something that only some gaming enthusiasts found worthwhile to use.

Still, the idea of combining GPUs is fascinating. Let’s look at how both of these technologies work, their differences, and what ultimately went wrong for them.

How Do These Two Companies Approach Multi-GPU Setup?

AMD and NVIDIA appear to be locked in an endless struggle for supremacy in the GPU world. Although the green team was the first to hit the market with their SLI technology, team red wasn’t lagging too far behind.

Both companies were motivated by the intriguing idea of linking two or more graphics cards and doubling or tripling performance. At least, that was the idea pitched to consumers. Either way, it was the gaming public that believed that this promise could be fulfilled.

Although there are some games available where an increase in performance is noticeable or even doubled in rare cases, it’s clear that neither AMD nor NVIDIA truly realized the potential of a multi-GPU setup.

As previously mentioned, both technologies have struggled to significantly improve graphical performance, and, in some cases, they have actually contributed to their decline.

Another issue that frequently plagues both Crossfire and SLI is a glitch called micro stuttering. When using the multi-GPU set up in your PC with AFR, what you perceive on your screen could differ from what your benchmarking software is showing. This might lead to some old-fashioned stuttering.

Both technologies require a PSU capable of supplying enough power to the GPUs, with combinations such as 6-pin, 8-pin, and 16-pin being readily available in the vast majority of modern PSUs.

Another trait these two have in common is that they can run on several monitors and in different resolutions. They can both run four 8K or eight 4K monitors. However, the downside is that each monitor will require a dedicated GPU.

The key difference, and probably the most noticeable at a glance, is Crossfire’s ability to connect GPUs with the same architecture. In contrast, SLI requires two identical cards in order to run.

A small caveat here is that SLI cards don’t need to be precisely identical. They can be from different manufacturers. This means an EVGA GTX 1080 Ti can connect with the ASUS GTX 1080 Ti, for example, but neither could connect to a standard GTX 1080.

This next thing could be seen as either a similarity or a difference, depending on your perspective.

When Crossfire was originally released in 2005, the two cards required a specific bridge to connect, like SLI. However, since 2013, AMD’s Crossfire no longer requires this bridge, and the connected GPUs can communicate via the PCI Express bus.

Another factor that gives AMD an advantage is that NVIDIA requires the motherboard manufacturers to possess a specific certification for SLI, whereas far more motherboards can run Crossfire without issues.

However, it isn’t all positive for AMD. The Crossfire’s biggest issue is that it needs external support for games when running in borderless or windowed mode, though fullscreen is fine.

Is There Anything Good About These Technologies?

It would be unfair to be completely critical regarding Crossfire and SLI and their fulfillment of their creators’ promises. Neither actually delivered a 100% FPS increase, but perhaps we set the bar too high.

The fact is that most of the time, multi-GPU can actually deliver an increase in performance and have a lower frame rate. The biggest pitfall of this technology lies in what was said in the previous sentence.

As mentioned earlier, multi-GPU setups are likely to cause micro stuttering and, due to the lack of general game developer support, in many cases, the frame rate increase will be negligible or perhaps even a decrease.

It might appear that two cheaper GPUs can significantly outperform a single, more expensive card while only costing slightly more. At first glance, this seems to be the case.

However, GPUs run at high temperatures, and having two inside your case will only increase your PC’s internal temperature. You will likely also need to upgrade your PSU in order to supply sufficient power to your biggest consumers. If you’re trying to run SLI, you will need to have an unnecessarily expensive “SLI certified” motherboard.

Should You Get A Multi-GPU Setup?

As always, this decision should be based on your personal preference. However, we do believe that you will only need more than one graphics card in unusual circumstances.

As far as Crossfire and SLI are concerned, we need to accept that this technology simply isn’t doing it anymore and that it never really worked as originally intended.

Most modern games will perform just fine with a top-of-the-line GPU; buying two cheaper ones for about the same amount of money to get worse results makes no sense. Judging NVLink by the sins of its predecessors might be harsh, but it has been available since 2016, and we still haven’t seen a true glimpse of its potential.

In the end, the only reason why you should consider getting two or more graphics cards is if you’re enthusiastic about the tech and want to game at 4K and 144+ FPS (provided you have a good enough monitor).

However, remember that the latter may no longer be possible with SLI or Crossfire due to the decreased support from developers following the releases of DirectX 12 and Vulkan. 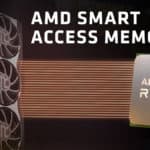