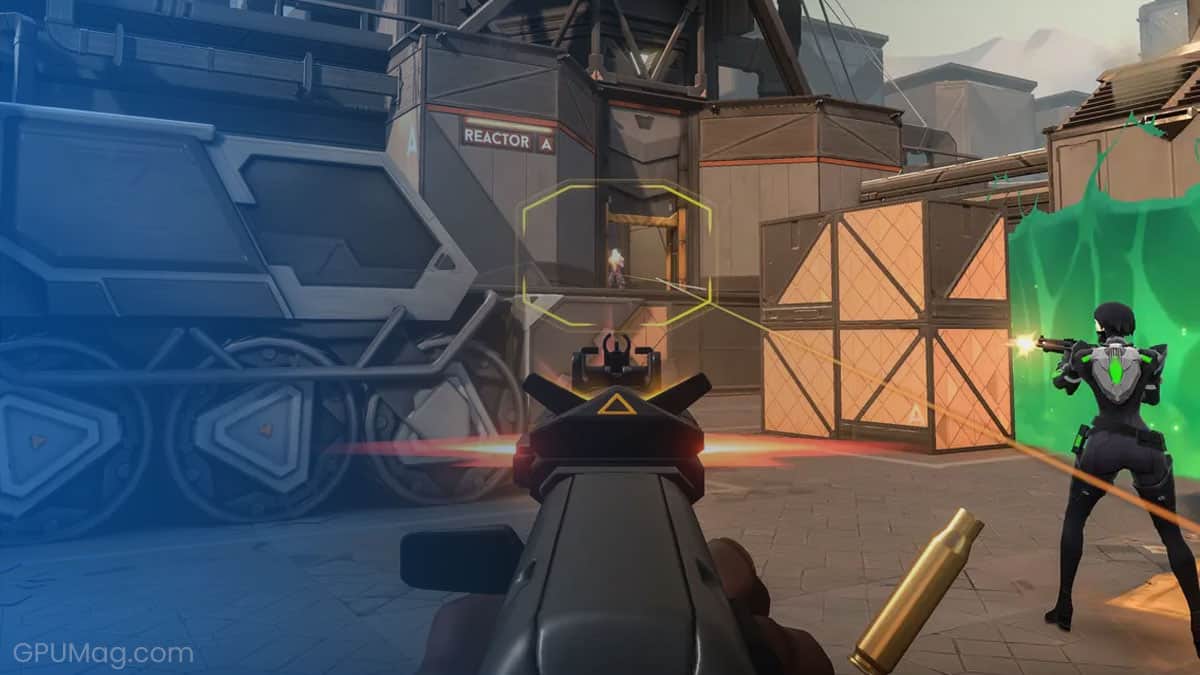 There’s nothing more annoying than experiencing stuttering in games.

In many cases, games can automatically adjust graphics settings based on your system’s specifications, but even that can be unreliable. As you probably know what your machine is capable of, it’s best to configure these settings manually.

There are many reasons why you might experience stuttering in games, and this all depends on the type of game you’re playing.

If it’s a graphics-intensive game, for example, “Cyberpunk 2077”, then your GPU will carry a great load. If you’re playing a simulation game, such as “Cities: Skylines”, then you’ll need more RAM or a faster CPU.

Let’s first perform some troubleshooting and see where the problem lies.

Make sure your PC at least fulfills the game’s minimum system requirements before buying it. This might seem like common sense, but for the best gaming experience, it’s best to buy games that your PC can run at the recommended system requirements.

This is because the minimum requirements are exactly that. The game will technically run, but it will probably be at its lowest settings and could be as slow as five frames per second.

Many modern PC games have a built-in benchmarking tool, but you could always use a different one. With these tools, you can see how much FPS you’re getting and decide if it is enough or if you want more.

In terms of graphics, there are some features that you can sacrifice and still enjoy the game. If you aren’t playing the game for its impressive visuals, here are some in-game settings that can be modified to reduce or stop stuttering.

Firstly, you can try lowering the resolution, which often turns out to be quite effective. You should ensure you aren’t running the game at a higher resolution than your monitor can handle. It will only needlessly overbear the GPU, which can cause it to perform necessary operations more slowly.

It’s important to mention that screen resolution could have the strongest impact on visual quality. While you might get a huge FPS increase, you will probably also miss out on a lot of details. Your game might look grainy, blurry, etc.

Sometimes, when the refresh cycle of the display is not in sync with the rendering cycle, an effect known as screen tearing occurs. This happens when the display tries to show the GPU’s output while the card is in the process of changing frames.

If you turn on VSync, you can resolve this issue. Unfortunately, this often brings its own problems, such as input lag.

Aliasing makes lines appear jagged, it’s that simple. One of the best solutions for this is anti-aliasing, as it renders the frame a particular number of times and smooths the transition between surfaces.

Anti-aliasing can be found under Graphics/Display settings in most video games.

It’s important to note there are different types of anti-aliasing. Some of these types are very demanding, such as MSAA. Multisample anti-aliasing (MSAA) is a form of supersampling without significant downsampling. With this, you will see a considerably crisper image, but the FPS will likely plummet.

Fortunately, you don’t have to turn off anti-aliasing completely. Often, anti-aliasing settings allow you to adjust the amount of supersampling, ranging from off to 8x or 16x. To find the sweet spot of image quality and FPS, try reducing the anti-aliasing to 4x or 2x.

If that doesn’t satisfy your FPS needs, look for FXAA in the game’s settings. FXAA is a much simpler form of supersampling, which means it is less taxing on the GPU, but the image will also be much blurrier.

Still, FXAA is better than nothing.

You should keep an eye out for NVIDIA’s DLSS (Deep learning supersampling) and AMD’s FSR (FidelityFX Super Resolution) when adjusting your video game settings.

DLSS is similar to traditional anti-aliasing, but by utilizing the power of deep learning, it can render an image at a higher resolution and then downsample it while maintaining visual quality.

With deep learning, DLSS can actually improve your FPS while removing aliasing, effectively reducing stuttering. To use DLSS, however, you will need an RTX card.

FSR, on the other hand, is not exclusive to AMD hardware and can be used by both older and newer generation GPUs from NVIDIA and AMD.

FSR cannot really be compared to DLSS as it doesn’t use any fancy artificial intelligence/deep learning. Instead, FSR takes a downscaled image and runs it through a network of non-linear and linear upscaling. This again results in higher FPS while reducing the game’s aliasing.

Be sure to use these settings whenever possible to reduce stuttering effectively.

Texture filtering calculates how a regular 2D image or other data will be mapped to a full 3D model. A single pixel on the 3D model won’t be a direct one-to-one match to a pixel on its own texture (referred to as texel). This is because you are able to see the model from different angles and distances.

When we look for the color of a pixel, we take the spot that matches it on the texture and a few samples from nearby texels and see an average of them. This is the most basic way in which texture filtering is performed and is called bilinear filtering.

We also have trilinear filtering and anisotropic filtering. Without getting too technical, we’ll just say these further enhance the graphics quality. Likewise, using the lowest settings will bump up your FPS, although not as significantly as anti-aliasing.

This is another major player when lowering stuttering in games. As it’s self-explanatory, we’ll quickly sum it up: lower texture quality means more FPS but worse-looking graphics. This is sometimes a trade-off worth making.

Those were some of the most common settings in games that can help with stuttering. It’s also possible that your rig is completely up to the task but is being hindered by other things. Let’s see what can be done in this case.

As seen in the image above, there’s little difference between Ultra and High, while dropping down to Medium clearly reduces the number of details on the ground and the bricks on the side. Dropping down to Low removes a large amount of the details, leaving just a smooth surface.

Many newer graphics cards include software that controls driver updates automatically, but you need to be wary of relying on this too much.

There will be situations where this software doesn’t do its job, and that’s on the GPU manufacturers, not you. Still, it’s worth checking NVIDIA’s or AMD’s support page to download the latest drivers.

Today, there is a lot of bloatware that can make playing games unbearably slow. We won’t go as far as calling Google Chrome bloatware, but it’s definitely a RAM-hungry browser. It allows plugins and add-ons to use whatever resources they need, whenever they need them. This gets abused a lot.

It’s worth noting that Google is slowly working on this, but for now, the problem persists. If a browser is something you desperately need to play a game, whether it’s for streaming or watching a tutorial, Mozilla Firefox is the most popular alternative.

The task manager is your best friend if you need better insight into what’s slowing down your PC. The easiest way to access it is to right-click the taskbar and then select task manager.

Once there, you can use the “Processes” tab to see which application is using what PC resources and the best way to eliminate processes that you don’t need while gaming.

Another useful trick is checking out the “Details” tab. There, you can right-click the executable of your game and set the priority level to “High“. While “Real-time” is an option, you shouldn’t use it because it interferes with other processes that are required for gaming, such as the mouse and keyboard inputs.

If you are having trouble figuring out exactly which processes you need and which ones you don’t, you could try Process Explorer. This tool gives you more insight into each process, what it does and how much CPU or RAM it utilizes.

If you’re gaming on Windows, there are several system-specific tasks placed in the background by Microsoft that can seriously damage your FPS. Thankfully, they also made it easy to turn off these settings. Simply search for “Game Bar” in your settings window and turn it off.

If you’re using an Intel processor, you can also turn off the ”Intel Turbo Boost”. This is a tool that automatically overclocks your CPU for some operations and is turned on by default.

Obviously, this only applies if you’re playing an online game, but it can still cause headaches. Multiplayer/online video games can often stutter and lag if you have a weak internet connection.

If you can, try to choose the in-game server that is closest to you. This will improve the response time between your computer and the server, effectively reducing lag and stutters.

Those are some of the quickest and easiest tactics to reduce stuttering in games.

However, there are plenty of other things that can be done. But, these are all hardware fixes that would require going to a store or waiting for a delivery.

These include upgrading your GPU or CPU. A less expensive solution could be adding more RAM or upgrading to an SSD and, of course, running your games from that SSD. It’s also possible that your PSU is underpowered or that either your CPU or GPU is overheating.

The aim of this guide is to help you fix stuttering in games as easily as possible, and we hope you have found it useful. 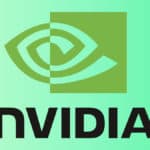