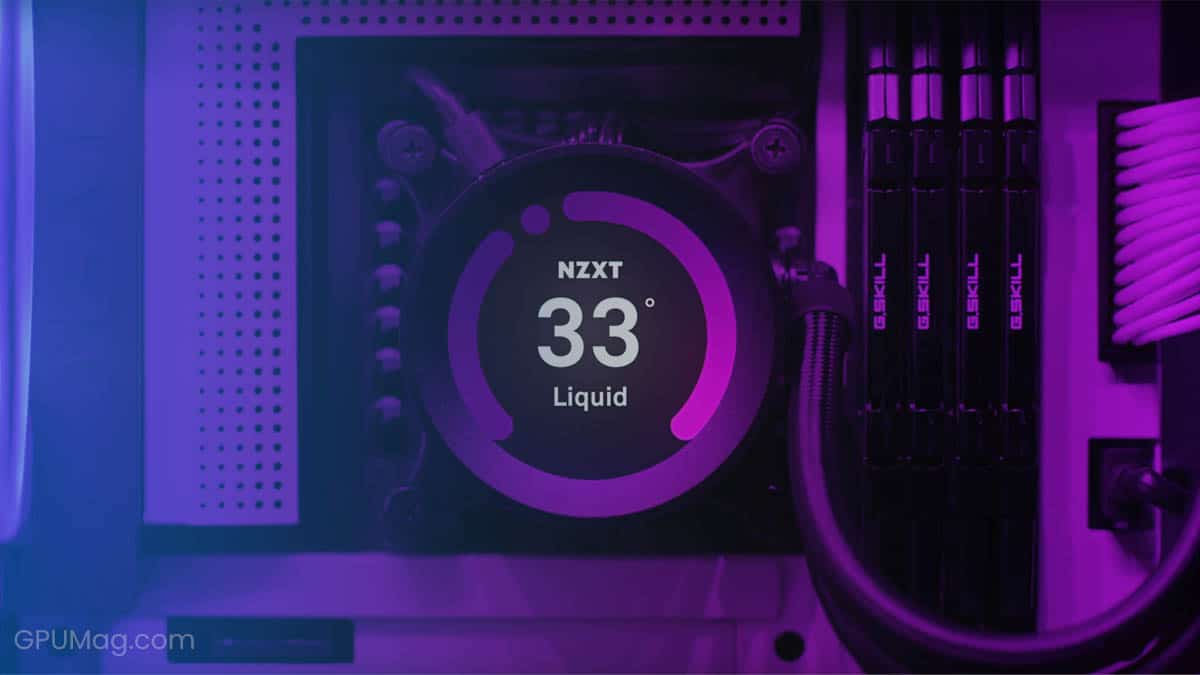 Your GPU temperature getting too high can signify more serious problems developing under the hood.

Therefore, it’s crucial to keep that in check, especially when your GPU is under a lot of strain, for example, when running resource-heavy games. Here’s how to monitor your GPU temperature.

Why Is It Important To Monitor Your GPU Temperature?

There are different reasons why you might need to monitor your GPU temperature, but they all boil down to the same old goal: getting the best performance.

A key thing you will need to consider when overclocking your GPU is the possible need for additional cooling.

This is the key to keeping your GPU running at an optimal temperature. If you’re experiencing overheating, this is probably the first thing you should consider to fix the problem.

Even if you’re playing a game with higher-quality graphics for a longer period of time, it could place a strain on the GPU. This, in turn, can lead to more severe problems.

The key here is knowing how well your graphics card can handle the load. In many situations, your GPU will fulfill the minimum system requirements or even recommended system requirements but might still have trouble running the game at higher graphical settings for a few hours.

Depending on how long you ignore the obvious problems while playing (such as stuttering or beeping from inside the PC case), you could end up with different levels of damage. Fortunately, most modern GPUs are built in a way that prevents the graphics card from suffering physical damage by turning it off before things get too heated.

On the other hand, that doesn’t stop other related hardware from malfunctioning. Also, the GPU shutting off when hitting dangerous temperatures doesn’t completely prevent it from being damaged. Ignoring the problem and having the GPU shut off multiple times can eventually wreck the card and leave you looking for a replacement.

As mentioned earlier, an overheating GPU can cause some serious issues. Fortunately, there are multiple ways to keep an eye on the GPU temperature and ensure that it doesn’t cross that dangerous threshold.

Each of these options has its pros and cons, and we hope to teach you these well enough to make an informed decision.

Both AMD and NVIDIA have companion software for their graphics cards. This is mostly used for tasks such as keeping your drivers up to date and enabling additional performance-enhancing features specific to the respective brand.

Both NVIDIA and AMD have bundled an overclocking tool together with the drivers (you will need GeForce Experience for NVIDIA GPUs).

AMD’s solution allows the user to adjust the fan speeds, clock speeds, and power delivery. There is also the option for automatic overclocking.

NVIDIA was a bit late to the party, and their OC tool still isn’t as good as AMD’s. There is an “Automatic Tuning” option to overclock the GPU clock speeds automatically, but there’s no option to do it yourself.

As both companies have delivered some kind of overclocking tool with their drivers, they have also added a feature for performance monitoring.

With technological developments, there were unsurprisingly many enthusiastic people willing to learn all the ins and outs of how a PC works. Thanks to those people, we first saw component monitoring software, some of which are still in use today.

Disclaimer: Most of these tools will include other functions, enabling you to monitor other parts of your PC, which is always a plus.

HWiNFO has to be the best of the bunch, considering you can get temperature readings on almost every component in your computer. This includes everything from your GPU to your drives.

Additionally, there is an option to oversee clock speeds, voltage, and even your RAM timings. It is also customizable, so you can easily remove the sensors you aren’t interested in.

That’s not all. Add-ons are also available for HWiNFO, for example, an add-on to use Riva Tuner’s, MSI Afterburner’s, or EVGA Precision’s On-Screen Display tool. There are many more add-ons for extra information and features.

This tool is another old-school-looking piece of software but is just as reliable as the first one. Like HWMonitor, it can also keep your RAM in check but, most importantly, in today’s context, it allows you to adjust the fan speed manually.

This is quite useful as the fan speed isn’t always automatically adjusted when the card is placed under more strain. At the cost of extra electricity, you can crank up those RPMs and enjoy a smooth gaming experience.

Continuing the theme of old-school software, SpeedFan is another reliable solution. In addition to the standard monitoring of voltage, fan speed, and temperature, it can adjust the RPM of fans as well as help to reduce the noise.

This tool is the perfect solution for measuring the performance of your GPU while you’re playing a game, as it features a nifty overlay that tells you exactly how hot your GPU temperature is.

You obviously won’t want to run every game constantly with this overlay, but it’s a great solution for a stress test that can help you either adjust your in-game settings or fan speed, something MSI Afterburner can also help with.

HWMonitor is a relatively old tool but is still incredibly reliable. In addition to monitoring your GPU temperature, HWMonitor can also help you keep an eye on voltage and fan speed of other PC hardware such as the CPU, hard drive, and motherboard. 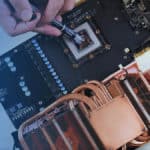 How To Apply Thermal Paste To A GPU Or CPU