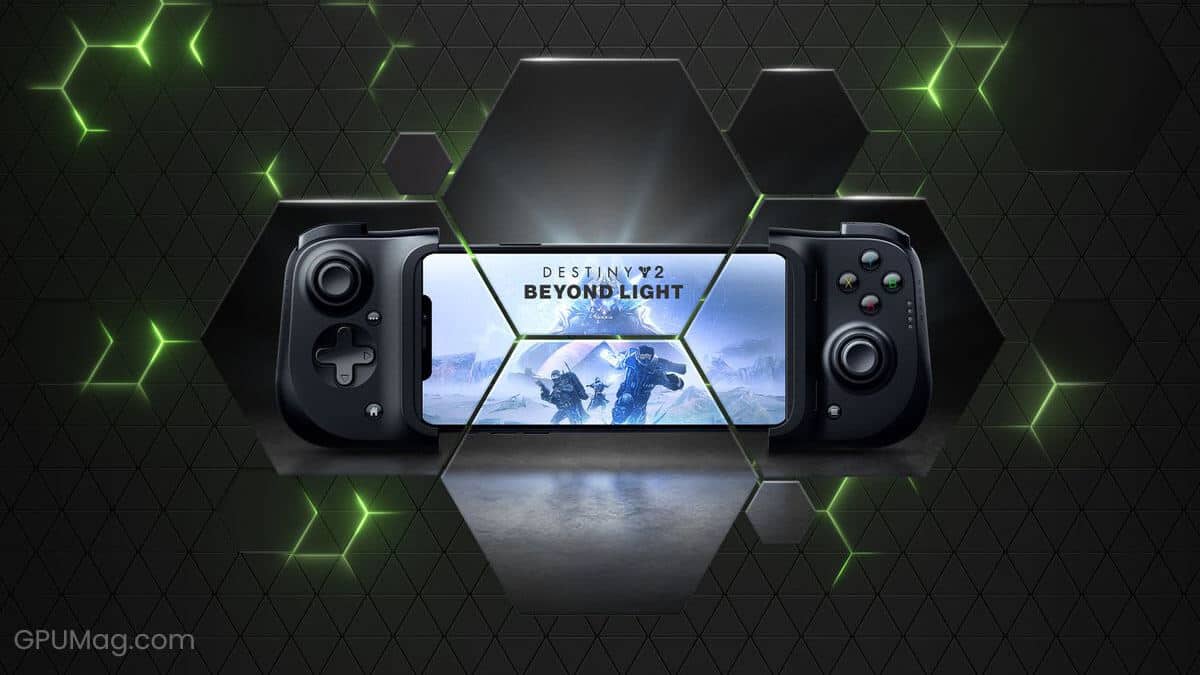 Video gaming these days is more popular than ever. What was once just a hobby for enthusiasts, is now accessible to everyone on the planet. Whether you have a tablet, laptop, console, phone, or a PC, you probably can fire up some type of video game.

However, as demand for gaming grows every year, as we saw with the considerable rise of PC users in 2020, it’s becoming more and more troublesome for people to get access to any kind of gaming hardware.

In late 2020, with the release of AMD’s Ryzen and RX 6000 lineup, Nvidia’s RTX 3000, and the two next-gen consoles, getting your hands on any kind of CPU, GPU or console was nearly impossible.

The PC market was (still is) riddled with scalpers and miners grabbing every single graphics card on sale. But, the biggest culprit was the fact that the world’s largest chip manufacturer, TSMC could not deliver enough supply for such high demand.

Fortunately, gamers still have one more alternative solution that will allow them to enter the world of gaming. That solution is cloud gaming services.

What Is Cloud Gaming?

Before we can start listing all the different cloud gaming services on the market, it may be a good idea to explain what these services actually offer and what you would get out of them.

By definition, cloud gaming is a direct stream of a video game from a PC/server directly to a user’s device. The stream can be accessed on all types of platforms such as phones, tablets, Windows, Mac, etc. depending on which service you’ve subscribed to.

In other words, the user borrows the server’s hardware power to deal with the demanding graphics of today’s video games while the user’s devices processes the stream and handles the input/output of the controls.

This is why cloud gaming is such an attractive idea. Users don’t require a high-end GPU, CPU, or anything similar. All they need to do is subscribe to any of the available cloud gaming services from their phone, low-end PC, or even console. Also, it’s not expensive at all.

At its core, the concept sounds great, but there are some disadvantages that we will take into consideration while making this list.

One of the main disadvantages of cloud gaming is the severe input lag (input latency). Input lag refers to the speed or rather the responsiveness of the connection between the user and the server.

Responsiveness in video games is vital for most gamers, especially for multiplayer/competitive gaming. Unfortunately, the response time with gaming-on-demand services is still pretty bad.

The video below is a pretty good example of what input delay looks like.

As you can see, the player inputs the jump command and the in-game character lags behind several microseconds. It might not seem like a lot, but in multiplayer titles such as Fortnite, every microsecond counts.

The other main issue is the low resolution and low framerate. Some cloud gaming services offer a resolution of no more than 720p which is quite low for today’s standards. Even phones today run at 1440p resolution.

Still, even with these disadvantages in mind, it is a viable method for gaming, especially if you don’t have a device that can handle your favorite video games. So, let’s look at the best cloud gaming services and which one is the best for you. 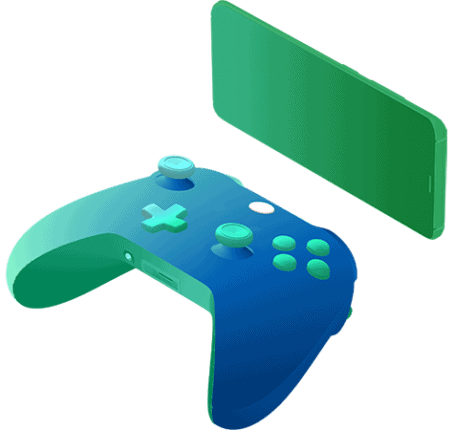 Currently in beta, a project from Microsoft aiming to deliver cloud gaming services to consoles, PCs, Android, and iOS. Right now, this service is only accessible to Android phones or tablets, but Microsoft has already started sending out early-access invitations for PC users. It should be fully available for PC users at the end of spring, 2021.

Priced at $15 a month might seem a bit steep, but let’s look at what you would really be getting by subscribing to this service.

The most obvious advantage of subscribing to Xbox Cloud Gaming is that you would get access to a library of hundreds of video games.

To be specific, you wouldn’t be subscribing to Microsoft’s cloud gaming services only, you would subscribe to Microsoft’s Xbox Game Pass that comes with tons of high-quality and triple-A titles, including DOOM Eternal, Grand Theft Auto V, Star Wars related titles, Battlefield, Mass Effect, Need for Speed and a lot more.

This also means that if you do have an Xbox or a PC that can run these triple-A titles, you could always play them outside of the cloud gaming services, as long as you stay subscribed.

Keep in mind, users have been reporting a considerable amount of input lag which is a huge minus, but Microsoft claim this will be soon fixed with a few updates in the near future.

Overall, it’s a great choice for anyone looking to game on their phone.

An alternative cloud gaming solution from Nvidia. Unlike xCloud, GeForce Now does not provide you with access to video games that you do not own. You will need to connect your own library with the GeForce Now account to play what you want.

In terms of visual quality, it may be the best of the bunch since it supports 1080p resolution and 60FPS. Of course, there are services out there offering 144FPS or 4K, but Nvidia’s solution is always consistent and has minimal input lag.

For anyone with a large library of video games that you want to enjoy at the highest possible settings, GeForce Now is the perfect choice.

The Priority membership costs $10 a month.

Another thing you will want to consider is the queue. If you want to play GeForce Now and if the servers are too busy, you will have to wait for a queue. The waiting times can be anywhere between a few minutes and several hours.

It has its flaws, but when you consider the servers that can deliver high-end performance even with ray tracing enabled, it’s a solid pick.

Another competitor in the cloud gaming market is Shadow. It may not be developed from large corporations such as Microsoft, Nvidia, or Google, but it is not a bad solution at all.

Their computers are not equipped with high-end RTX cards such as GeForce Now that can support real-time ray tracing, but they do have GTX 1080 equivalents which is more than enough to handle 1080p @60fps gameplay with maxed-out settings.

Even with that GTX 1080 equivalent, Shadow is offering resolution support of up to 4K or 1080p at 144 FPS. Pretty impressive.

Keep in mind, Shadow is planning to add new configurations soon with much better GPUs.

Additionally, Shadow isn’t limited to gaming only. It allows users to have full remote access to the computers/servers. So, if you want to do some work, you can always boot up Photoshop or Premiere for some video editing.

For $12, Shadow is an attractive offer for new users in the cloud gaming world. But, don’t forget that you will need to own the games you want to play. You don’t get access to a library of games like with Xbox Cloud Gaming

Unfortunately, the availability is still awful for Shadow. The lack of servers means that the probability of getting into Shadow cloud gaming is pretty low. We think it’s worth mentioning that in early 2021, the parent company, Blade, declared bankruptcy, so tread carefully.

Vortex’s cheapest subscription plan starts at $10, similar to GeForce Now. Pretty solid pricing, however, we have to consider several factors before we can decide whether this is a good subscription plan.

The first major disadvantage is that the user has access to just 78 games. It’s not necessarily a small library, but there’s a higher probability that you won’t be able to find the game that you want to play. Moreover, a license may be required to play some of them.

Users are also limited to just 50 hours a month. That is less than one hour of gaming every day of the month.

Even though Vortex provides a smooth 60FPS experience with minimal input latency, we simply cannot recommend going for the basic subscription plan. If you really feel like you should go with Vortex, we recommend getting the Pro or Ultra plan.

With Pro, users get 80 hours of playtime every month with access to 170 games. Still no Full HD, although the official website claims that 1080p will be implemented soon.

Vortex can be a good option, but only for people that are just getting into cloud gaming services. If you’ve used any of the other services we listed above, you won’t find this one satisfying your needs.

PlayStation Now is a cloud gaming service developed by Sony, allowing PS4, PS5, and Windows users to play games from current and previous generations of the PlayStation.

For $10 a month, PS Now is the perfect solution for those that have never owned a Sony console. The list of awesome PlayStation exclusive games is huge and it would be a crime not to play through them.

Some of those exclusives include The Last Of Us 1 and 2, the entire God of War franchise, Marvel’s Spider-Man, Bloodborne, Demon Souls (remake), and many more. Keep in mind, you will get instant access to these games once subscribed. There is no need for individual licensing.

Keep in mind, to properly use PS Now, it’s best to have a DualShock controller, specifically DS4. The PS5 DualSense controllers are not supported.

Let’s talk about some of the drawbacks. The first major setback has to be the awful input lag, especially when running the service from a Windows platform. Users are also reporting that the store’s UI is exceptionally bad.

But, still, the user interface and the awful input lag could be fixed in the future with a couple updates, making PS Now a solid all-rounder. We recommend it for anyone that wants to play some of the PS3 or PS4 exclusives.

Which Cloud Gaming Service Is For You?

All of these cloud gaming services we listed above seem like a pretty good choice. Fairly priced while offering tons of features, but which one of these is really the best? Which one should you get?

The award for the overall best cloud gaming services goes to GeForce Now. Even though there are queues and limited gaming sessions, the low input lag, 1080p@60 FPS experience, $10 price tag, and the support for ray-tracing easily make this the overall best choice. For now.

Vortex and Shadow are good alternatives but get these only if you can’t seem to get access to any of the other three. 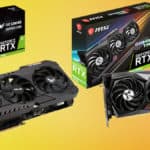