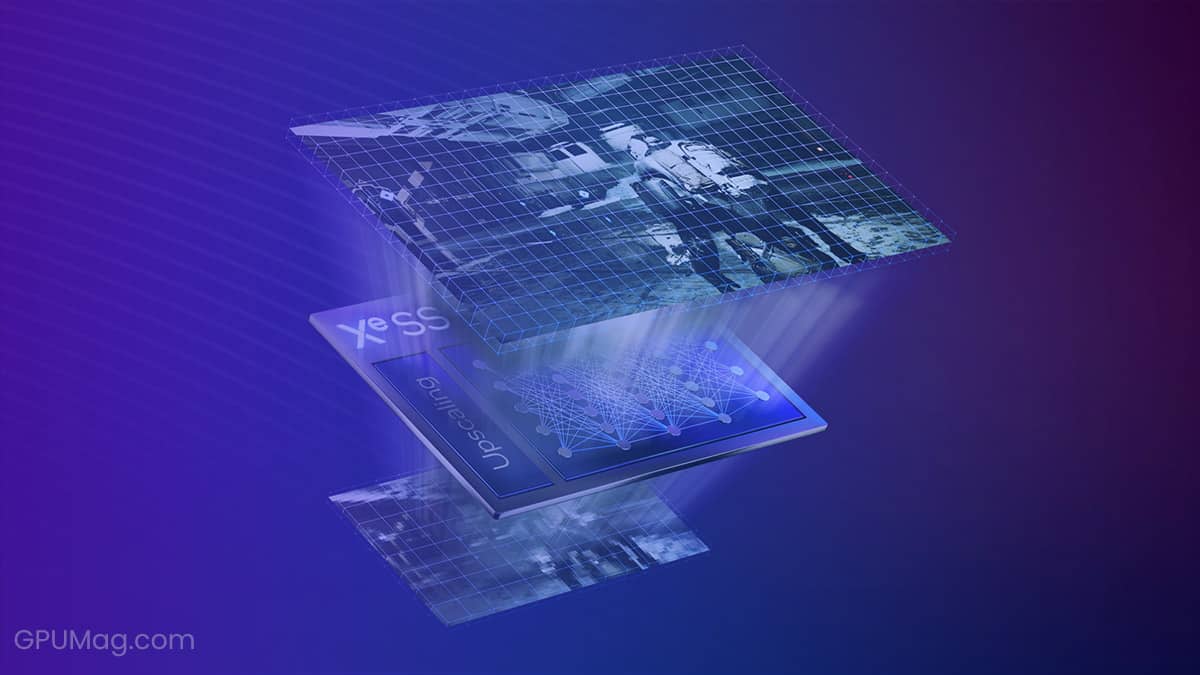 Every year, video game graphics are advancing to the next level, but the generational performance gains in computer hardware are slowing down. As a result, GPU leaders like AMD, NVIDIA, and Intel invent technologies to “artificially” increase FPS.

Upscaling technologies like DLSS and FSR are currently the easiest ways to increase FPS in-game. However, DLSS is NVIDIA’s invention and is available only to RTX graphics cards, while AMD’s FSR is available to (almost) all GPUs.

Intel entered the world of discreet GPUs in 2022 with their Arc lineup and introduced their upscaling technology, Intel XeSS or Xe Super Sampling.

So, how does XeSS fair against the tried and tested DLSS and FSR?

XeSS is an in-game upscaling technology created by Intel, similar to DLSS and FSR. It takes a lower-resolution image of a game and runs it through an AI-accelerated upscaling algorithm to output the image at a higher resolution.

The reduced image resolution also reduces the demand on the GPU (and other hardware), which effectively increases FPS. At the same time, visual quality does not decrease; in some cases, XeSS may improve visual quality.

How much the image will be upscaled depends on which quality mode is picked in the game’s settings. Users can choose from the following quality modes:

Performance mode offers the worst visual quality but the most significant increase in FPS; Ultra Quality provides the exact opposite, with Quality offering slightly more FPS (at the cost of image fidelity). And, naturally, Balanced mode provides a middle ground for FPS and image quality.

Currently, XeSS is still in its infancy, while NVIDIA’s DLSS 3, which got introduced with RTX 4000 series, offers a more significant boost in FPS and usually offers better image quality. However, DLSS is proprietary, but more on that later.

AMD’s FSR 2 also proved to be (almost) as capable as DLSS. FSR 3 will also release soon, together with RDNA 3 GPUs.

XeSS should be used when available simply because it offers a free boost in performance, especially if you are running games at 4K or 1440p. Of course, XeSS will provide an FPS boost in 1080p too, but the reduction in visual quality might not be worth it.

Of course, if you have an NVIDIA GPU and DLSS is available in the game, it’s probably better to go with DLSS. FSR also might be a better pick than XeSS currently.

However, if you have an Intel Arc GPU, XeSS can offer an advantage over AMD’s FSR. Hardware Unboxed tested both upscaling technologies with Arc A770, and XeSS provided a better FPS boost.

As we can see, XeSS slightly edges out FSR 2.1 with the Quality mode/preset. But what about visual quality?

From this video, we can see that there isn’t much difference between XeSS and DLSS (or FSR).

However, the outcome is vastly different if you use XeSS with an AMD or NVIDIA GPU.

With an RTX 3060, DLSS and FSR offer a more significant boost in FPS than XeSS. Unfortunately, visual quality with non-Intel Arc GPU also drops. To be more specific, there’s a lot of shimmering and flickering during fast-paced movement, which can be jarring.

You can see more of the visual quality of XeSS in Hardware Unboxed’s test with an RTX 3060 and RX 6650 XT.

One of the advantages FSR has over NVIDIA is its compatibility. DLSS is proprietary, or in other words, works only with NVIDIA’s RTX series, while FSR works with NVIDIA, AMD, and Intel graphics cards.

Like FSR, XeSS works with most modern GPUs, excluding only those that do not have DP4a support. So, any GPU after NVIDIA’s GTX 10 series and AMD’s RDNA 1 GPUs will work with Intel XeSS.

However, there is a reason why XeSS with Intel Arc cards offers better image quality and an FPS boost. XeSS utilizes the XMX cores in Arc GPUs for its upscaling, while XeSS with other, non-Arc GPUs uses DP4a instructions and a lesser upscaling model, which leads to worse results.

Last but not least is availability. XeSS, just like FSR and DLSS, needs to be implemented into games by its developers. However, since XeSS came to the scene a little bit later, its in-game availability still isn’t too impressive.

Here are the current games that support XeSS upscaling:

The list of games supported isn’t as extensive as DLSS or FSR, but we imagine this list will quickly grow over the years as new games release.

Is XeSS Worth It?

So, after all of this information, is XeSS worth it?

Currently, XeSS might not be the best pick out of the three upscaling technologies as DLSS and FSR usually offer more FPS for a lesser punishment in visual quality. But, as Intel updates XeSS and its GPUs, it should significantly improve over the years. As a result, it might even surpass NVIDIA and AMD’s solutions.

And, of course, if XeSS is the only available upscaling technology, it is definitely worth using it if you need a bit of extra FPS in your game! 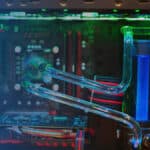 Is GPU Water Cooling Worth It?
Related Topics Tags