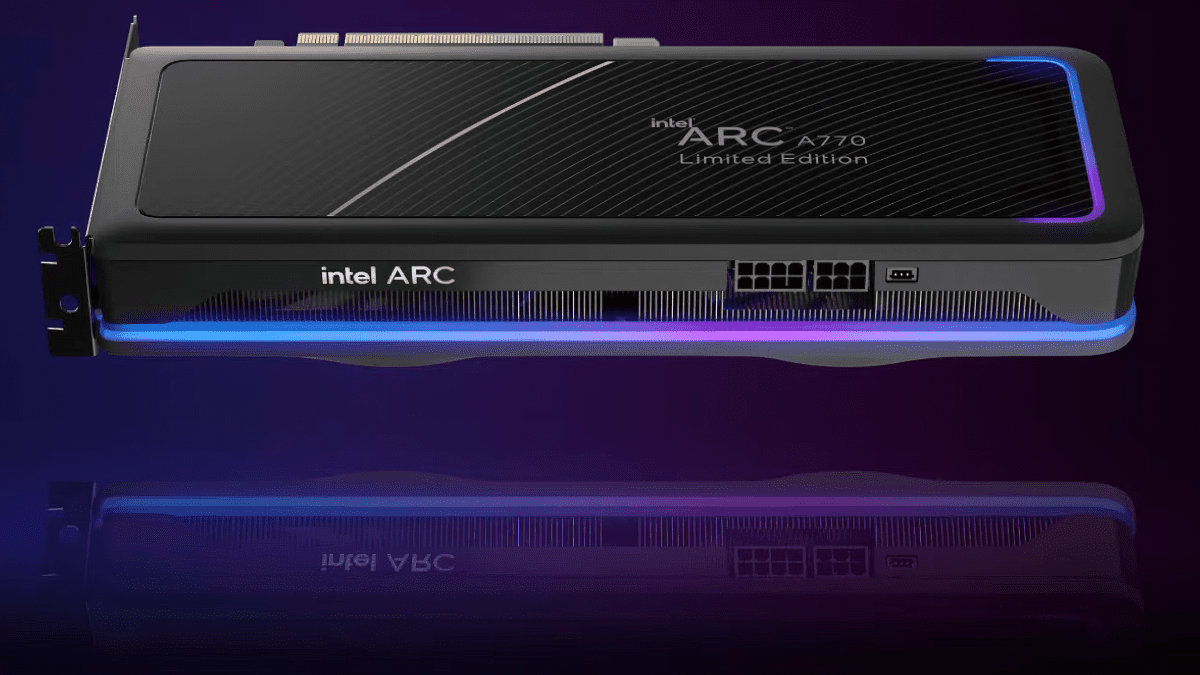 In the midst of two GPU juggernauts hyping up their new releases, a less prominent name in the field is attempting to enter the fray. Intel hopes to finally be competitive in the GPU market with its Intel Arc Alchemist lineup.

The rivalry between AMD and NVIDIA is heating up again after years of NVIDIA dominance. However, things appear to be on far more equal footing following the releases of their next-gen graphics cards.

All of this provides a perfect storm for Intel to enter the market.

Related:AMD vs. NVIDIA – Which GPU Manufacturer Should You Choose?

Originally, Intel was supposed to release the Arc Alchemist GPUs quite a bit sooner, but because of numerous GPU or management-related issues, the graphics cards were delayed numerous times.

The rest of the lineup is still in the dark, with the exception of the Arc A380, which was released on August 16th, 2022.

If you are not interested in this generation of Intel Arc Alchemist GPUs, hold out for future generations of Intel Arc like Battlemage, Celestial, or Druid.

Since the original announcement of Intel’s desktop GPUs, Intel’s idea was to offer the most competitive pricing on the market, and it seems they succeeded.

Here’s the price list, but do note that certain GPU MSRPs are subject to change once they release:

With the initial release of the low-end Arc A380, the future for Intel’s Arc Alchemist lineup looked pretty grim.

However, after the review embargo, we can see that Intel provides proper performance at a good price point.

But, before well look at third-party benchmarks, let’s talk about the underlying issues.

After the launch of the Intel Arc A750 and A770 GPUs, various popular reviewers reported poor driver performance.

Intel claims this driver improves DX9 performance by up to 1.8x, compared to the previous driver version.

The driver also brought huge improvements to the minimum FPS and frametimes, so the overall user experience will now be much smoother.

We’re sure that Intel still has a lot to do to catch up to AMD’s and NVIDIA’s driver stability and performance, but these kinds of updates are promising.

While the low-end A380 has provided disappointing results, Intel’s Arc high-end shows promise.

To start on a good note, here’s a Gamers Nexus chart of Strange Brigade (in Vulkan) in which the Arc A770 performs quite well against its competitors.

If the Intel ARC lineup performs as well in every game as in Strange Brigade, this entire article would be a different story. Unfortunately, that is not the case.

In both F1 2022 and Tomb Raider, the Arc A770 is considerably slower than the AMD RX 6600, a card that’s available for around $250 nowadays. Already that’s a huge disadvantage for Intel.

In older competitive games like Rainbow Six Siege and Counter-Strike: Global Offensive, FPS is abysmal, to say the least.

Intel did mention its three-tier gaming strategy (we’ll delve deeper into that later) and its worse performance with DX9 games, but CS: GO is one of the most played games in the world, so is this kind of performance acceptable?

In most video games, it seems the A770 is only about 5% faster than the cheaper A750. So, is it really worth paying 20% extra for such a small increase in performance and plus 8GB of VRAM?

However, by increasing the resolution to 1440p, both Arc GPUs get a bump in performance.

The A580 will be Intel’s mid-range and possibly the best price-per-performance GPU.

We barely have any information for this SKU, but recently an Ashes Of The Singularity benchmark leaked, so we can use that as insight.

According to VideoCardz, the RTX 3060 scores anywhere between 75 to 96 FPS in this same (Vulkan) benchmark, so performance with the A580 is pretty similar.

The A380 is the first desktop GPU to release from the Intel ARC lineup, which is a complete letdown in almost all aspects.

The RX 6400 comes out on top by more than 10%. It’s not a huge difference in performance, but when you consider that this is a brand new architecture and a price point of ~$140.

The reason why we’ve seen such bad performance in games that use older APIs like DX9 and DX11 is that Intel has a “Three Tier Game Strategy” in place.

They will be splitting games into three different tiers, and here’s how that split will look:

There are definitely bad and good sides to this. If you consistently play the latest titles, you will most likely have great performance when compared to AMD or NVIDIA.

However, if you are a person that enjoys older titles, understand that an Intel Arc GPU may not perform as well as you would like.

With the Intel Arc A770, A750 and A380 released, we already have a good idea of their performance.

But, let’s look at some specifications and, more importantly, unique features.

Currently, the A550 still has not been announced or any other Arc 5-series GPU. The A310 was announced, but still no exact release date.

Resizable BAR (Intel and Nvidia) or Smart Access Memory (Ryzen+Radeon) has been a thing for a few years now. It’s a reintroduced feature that allows for better communication between the CPU and the GPU.

Weirdly enough, in Intel’s Arc quick start guide for desktop SKUs, Intel specifies that Resizable BAR is a must-have for the best possible performance out of this new generation of GPUs.

However, ReBAR is available only on Intel’s 10th, 11th, and 12th generation CPUs. Does this mean that Intel Arc GPUs won’t perform as well on older Intel platforms or on AMD CPUs?

This is yet to be tested by reviewers.

Intel introduced us to its new desktop GPU architecture and goals with Intel’s Architecture Day 2021.

After an almost never-ending silence (or more) on Intel Arc, we got information on Arc alchemist. Specifically, Intel’s compute building block, Xe-Core. The Xe-Core is a direct replacement for Intel’s Execution units (EUs).

Every Xe-core includes 16 Vector Engines (VE) and 16 Matrix Engines (XMX). Each of those Vector Engines processes 256 bits per cycle. Based on Intel’s explanation, each VE has 8 ALUs. That leads to a total of 128 ALUs in one Xe-Core. The core also has its L1 cache.

Intel combines four of these cores to create a Render Slice. We’ve now jumped up to 512 ALUs and 64 XMX.

Furthermore, there are four Ray Tracing Units in each Render Slice to help with ray tracing performance. There are also Samplers, Pixel Backends, and engines for Geometry, Rasterization, and HiZ.

However, Intel had to scale it further to see the true potential of these cores and Render Slices. Thus their flagship GPU holds eight Render Slices. That means 32 Xe-Cores, 512 Vector and Matrix Engines, and a total of 4096 ALUs.

Those Matrix Engines we mentioned previously have a role similar to NVIDIA’s Tensor Cores which use to accelerate AI-related workloads. That is why DLSS 2.0 is so good at supersampling.

Intel’s XeSS upscaling can utilize XMX to provide similar upscaling to DLSS, but the difference is that it also works with NVIDIA and AMD GPUs too.

However, XeSS didn’t start out great. But, we have to keep in mind that DLSS and FSR didn’t perform too well until they got updated.

With future updates, we hope that Intel will be able to bring XeSS’ quality and performance to NVIDIA and AMD’s levels.

Here are some charts so you can see how this new technology performs:

At 4K with an AMD card (RX 6650 XT), the performance gap between XeSS and FSR becomes even larger. In Spider-Man Remastered, with the Ultra Quality/Quality preset, XeSS is almost 40% slower than FSR 2.1.

That’s not all though as visual quality is also affected by XeSS, so Intel graphics team definitely still has some work to do.

If you want to see the difference in visual quality between these three technologies, here’s Hardware Unboxed’s video:

It’s not all bad though!

Hardware Unboxed did some more testing on XeSS and came to the conclusion that this technology works better with Arc GPUs (as expected.)

Visual quality and performance boost is better when compared to the previous tests with an RTX 3060 and RX 6650 XT.

In Hitman 3, with an Arc A770 at 4K, the XeSS Quality preset delivers about 8% more performance without any significant loss in image quality.

If the resolution is dropped down to 1440p, XeSS still holds the lead, but only by a very small margin.

If you would like to properly see a visual comparison, check out their video:

Another interesting new feature from Intel is the full support for AV1 encoding and decoding. That’s something that neither Nvidia nor AMD have, so that’s a big plus for content creators.

Combine the speed of AV1 encoding (already faster than standard HEVC encoding) with Intel’s new Deep Link technology that helps the CPU and GPU share power/resources, which leads to even faster encoding performance.

AV1 encoding might be one of the only good sides of Intel Arc GPUs, mostly because it is open source and performs better than NVIDIA’s NVENC and H.264 encoders.

Looking at this chart, it is pretty obvious that Intel’s AV1 encoder is miles better than Nvidia or AMD. At 3500 kbps bitrate, it has an 83 VMAF score compared to NVENC, which scored only 71.

At a higher bitrate, the gap in video quality between these encoders gets smaller, but Intel’s AV1 is still the best out of the bunch.

Either way, streamers can use a low 3.5 MB/s bitrate and still offer video quality comparable to NVENC at 8.0 MB/s

Paired with these new features will be Intel’s new Arc Control software which can be used for recording, updating drivers, tweaking game settings, and more. It will have a role similar to GeForce Experience and AMD’s Radeon Software.

While most of this guide focuses on Intel’s desktop releases because that’s what most people have been waiting for, we can’t ignore the fact that Alchemist will show up on laptops too.

Here’s a table for a bit more specifications.

VideoCardz’s original leaks have an exact match with these specifications shared on Intel’s Arc Event.

We might not be witnessing a full-on three-way war between Intel, AMD, and NVIDIA, but something exciting is brewing. As gamers and tech enthusiasts, we can’t wait to see it.

So, here’s the comparison, but make sure you take it with a bit of salt:

This is a solid variety of games, including both Nvidia and AMD optimized titles.

Based on Intel, the A730M outperforms the RTX 3050 Ti in almost all games, resulting in 13% more FPS. Notable gains over the 3050 Ti are in Metro Exodus, Control, and Total War Saga: Troy.

The A770M is supposedly 12% faster than the notebook RTX 3060. Overall, this entire table of numbers favors Intel’s Arc lineup, but can we really trust it? Also, we have to consider the cost of the laptops to get the full picture.

The recent leaks from 3dMark match these benchmarks.

But is that really enough? Is all of this hype just for Intel Arc’s flagship to end up slower than Nvidia’s mid-end RTX 3070?

Here is also the lower mid-end Arc A550M in a Time Spy benchmark:

For any future updates on Intel’s Arc desktop or mobile GPUs, make sure to check back on this article! 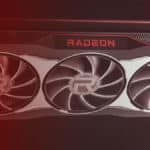