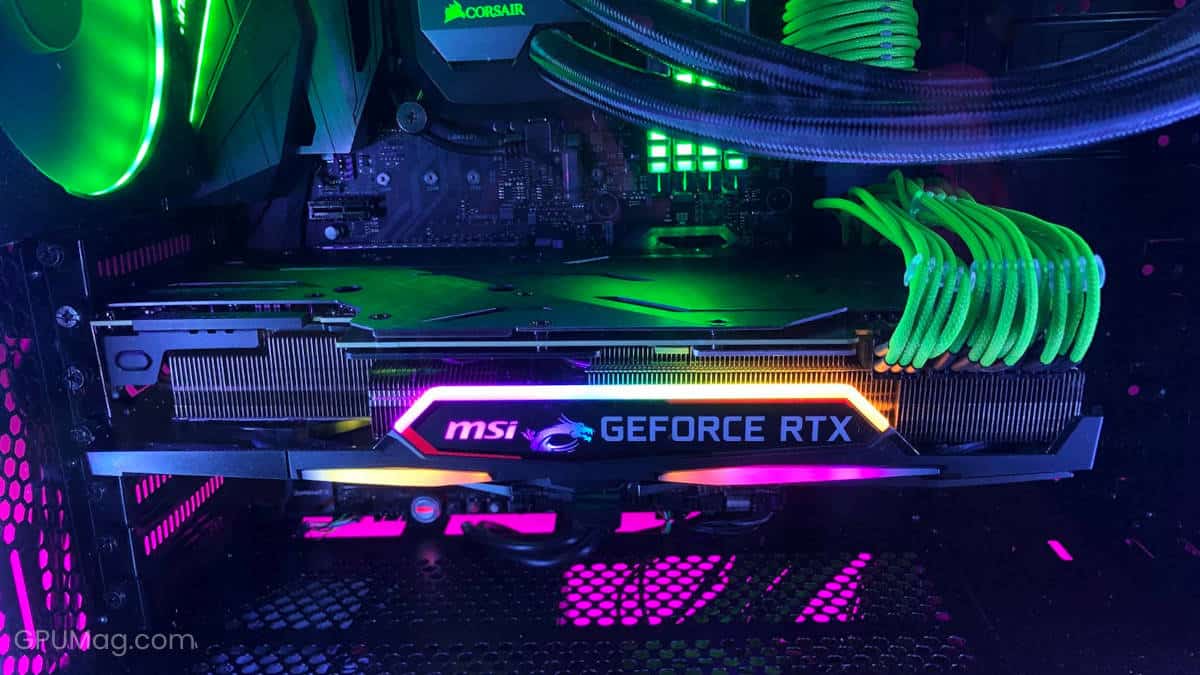 You have finally gotten your hands on an RTX 3080, indisputably one of the best GPUs on the market right now. It’s powerful and efficient while managing to maintain relatively low temperatures.

However, when you pull this graphics card out of its box, you suddenly realize how large and heavy it is compared to some mid-range or low-end GPUs. That is usually a good sign because higher weights usually mean higher quality materials, right?

That’s often true, but additional weight could also cause GPU sag. “GPU sag” is a popular term among PC gamers and enthusiasts.

If you’re unfamiliar with this problem, let’s look at what it means, whether it is really a problem, and how you can fix it.

What Is GPU Sag?

Before we talk about how this problem can be resolved, we should first explain what it is.

GPU sag is a term many enthusiasts use to refer to the sag caused by the card’s weight. This usually happens because graphics cards are only held at two points inside the PC case. One point is the PCIe lane, and the other is at the back of the case, holding the card with one or two screws.

These two points are plenty to hold the weight of a mid-range GPU. However, install a high-end card that weighs over 1500g, and that’s when you might start to notice sag.

You now know exactly what a GPU sag is. Is it a problem that needs to be solved? Is it really that bad?

The shortest answer to this question is a simple no. Card sag isn’t inherently a bad thing because both GPUs and the PCIe lanes on motherboards are made to be pretty durable. Graphics card PCBs are particularly flexible, making it almost impossible for them to break.

However, in some extreme cases (pun intended), the sag could cause further damage.

How To Fix GPU Sag

There are multiple solutions for eliminating GPU sag entirely. Which one you should choose depends entirely on the resources you have available and cosmetic concerns.

Using The PCIe Cables To Hold The Card

A common solution to deal with this issue is to use the resources you already have available. Specifically, this means the power cables that connect the PSU to the GPU.

Many people route these cables from the bottom for a cleaner PC look. However, if you are worried about sagging, we suggest routing the cables from above the card. This can potentially take some weight off the card, but it won’t be a permanent solution.

The tension of the cables will gradually start to give, leaving the GPU in its original saggy state. It’s also unlikely to look as good visually.

To avoid this, try to use some of the other solutions below.

Use Any Item To Prop It Up

This is probably one of the most popular solutions for GPU sags. It is a permanent, quick, and easy fix that won’t cost you a dollar.

The solution is to find any item you have at home and use it to prop up your GPU. You can use almost anything you want, as long as it’s tall enough to hold the GPU straight.

Many people prefer using toys/figures of popular characters. This means it isn’t only a solution but can also add a bit of charm to your setup.

If you are looking for a more “professional” solution to this problem, we recommend getting yourself a GPU support bracket.

A support bracket is a long piece of metal, plastic, or any other material installed right below the GPU to provide support and prevent sag.

Some cards come complete with a support bracket in the box, so be sure to check that before you go shopping for one unnecessarily. Usually, EVGA and MSI are the major brands that include a support bracket.

Some brands will allow you to fully customize the bracket or add RGB lighting.

By now, you should have picked one of the solutions described above.

However, if you don’t find any of these ideas particularly appealing or don’t feel like spending money on a support bracket or toys, the best solution could be to mount your GPU vertically.

Keep in mind that this can be done only if your case allows it. To discover whether a vertical mount is possible in your case, we recommend checking out the manufacturer’s official website. They should have information regarding this topic.

A vertical mount will require a PCIe riser, but you can find these for less than $15.

It’s clear that many users are worried about GPU sag, which is probably why there are so many fixes available. There are a few other DIY methods that we didn’t mention, such as tying a wire to the top of your case to hold the graphics card upright.

The question remains: is GPU sag bad enough to require any kind of intervention? Do you need to immediately run out to the closest PC store to buy a support bracket? The answer is no. You don’t have to do that now or ever. 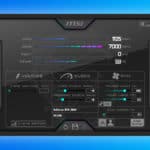