The gaming industry thrives thanks to technological advancements in hardware, processing power, and graphics.

Many gaming companies strive to deliver increasingly realistic ambient lighting with the new generation of graphics cards. PC gamers will have noticed that there are a lot of graphics settings they can play with to make the game more visually appealing and dynamic, such as ambient occlusion.

So, what is ambient occlusion?

This guide provides an overview of this setting and explains its different types.

What Is Ambient Occlusion?

Ambient occlusion is a rendering method that provides an approximation of how bright light should be at different parts of a visible surface.

It considers different factors, such as the environment of the game and the position of the light source. It provides a realistic simulation of any objects that block the ambient light from different sources, adding realism to 3D video games by mimicking real-world light distribution.

Ambient occlusion was first seen in 2001. The movie Pearl Harbor introduced it for the first time. Although the film wasn’t a masterpiece, its CGI helped pave the way for game graphics to develop.

Ambient occlusion in the gaming industry was introduced in 2007. The game development company Crytek introduced it in their game Crysis, which earned numerous accolades and sold over 3 million copies.

However, as that shadowing was too graphically demanding for many gaming rigs in the 2000s, countless gamers couldn’t benefit from this feature until much later. Even so, many enjoyed the realistic visuals that the game had to offer.

Like any other technology, ambient occlusion has significantly improved over time. Below are some different types of it.

Different graphics cards and their architectures and rendering technologies contributed to various ambient occlusion enhancements. As a result, there are different methods prominent in today’s titles.

Some of the most commonly found settings include SSAO, HBAO, HDAO, and VXAO.

SSAO or Screen-Space Ambient Occlusion was the type of occlusion introduced by Crytek in their revolutionary Crysis. However, SSAO doesn’t consider the space and elements that produce shadows to save on processing power.

Instead, SSAO looks at the pixels around the element and their depth, which makes CPU usage more efficient while introducing dynamic rendering to make the ambient light more realistic.

Instead of focusing on the entire screen, SSAO measures ambient occlusion in pixel depth at a part of the screen. However, that brings drawbacks, such as noise and potentially inaccurate shadow distribution, if the pixels aren’t properly measured.

HBAO, short for Horizon Based Ambient Occlusion, was the next enhancement in graphic rendering techniques. NVIDIA introduced this approach to address the grain and noise that came with pixel depth measurements of SSAO. It does so by considering the ambient light and the environment instead of just the pixels.

With the help of geometry, it’s much more effective at rendering shadows and lighting. The major disadvantage of HBAO is that, unlike SSAO, it requires more processing power in both the CPU and GPU. Later, HBAO+ was introduced to provide a less performance-tasking algorithm for light and shadow sampling.

HDAO, or High Definition Ambient Occlusion, is a similar technique, though it’s meant for AMD graphics cards to compete with NVIDIA’s HBAO. There’s no real difference between HBAO and HDAO, except that they’re native to their respective distributer’s GPUs.

VXAO, or Voxel Ambient Occlusion, is currently the closest video games can get to reality in terms of lighting and shadow rendering. However, relatively few games boast this setting, mainly because it’s too tasking and will test the limits of your processor and graphics card. It also uses a different approach than SSAO and other techniques.

In short, VXAO renders geometrical objects and approximates the shadowing outside the scene you’re experiencing. This approach gives scenes an even more realistic touch, providing a great comparison between modern-day games and what video games looked like in the past.

More technically, VXAO converts pixelated objects on the screen into voxels, which are 3D, cube-shaped pixels, hence the term voxel ambient occlusion. As a result of their 3D structure, voxels can estimate the dimensions of certain geometrical objects inside games, which results in precise and sleek light and shadow rendering.

SSAO focuses on pixel depth and doesn’t consider shapes and objects, leading to darkened corners, grain, and inaccurate shadows. On the other hand, Ray Tracing, as a more recent technology, focuses on more factors, including the geometry of different shapes and objects, surfaces, and light, to render accurate and realistic shadows.

It’s also a step forward from HBAO and HDAO, which focus purely on geometry. Additionally, Ray Tracing processes and renders only what’s visible to the player. In other words, the approximation of lighting and shadows is only performed within the camera view field.

Currently, not many gamers can use Ray Tracing, mostly because the feature is native to RTX 2000, 3000, and RX 6000 cards, and only a handful of games support this next-generation feature. However, as the gaming industry progresses, more games will undoubtedly support this technology.

Ambient occlusion is a technology that calculates and approximates the appropriate brightness in the in-game lighting, bringing players closer to reality in the digital world. Different types of ambient occlusion have been developed throughout the years, alongside new graphics cards.

While more occlusion methods such as Ray Tracing will inevitably emerge, it’s important to keep in mind that ambient occlusion isn’t the only way to make your game look closer to reality. Still, it’s a complex and fascinating technique that undoubtedly enhances both games and movies. 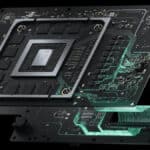 What Is Microsoft DirectStorage API?