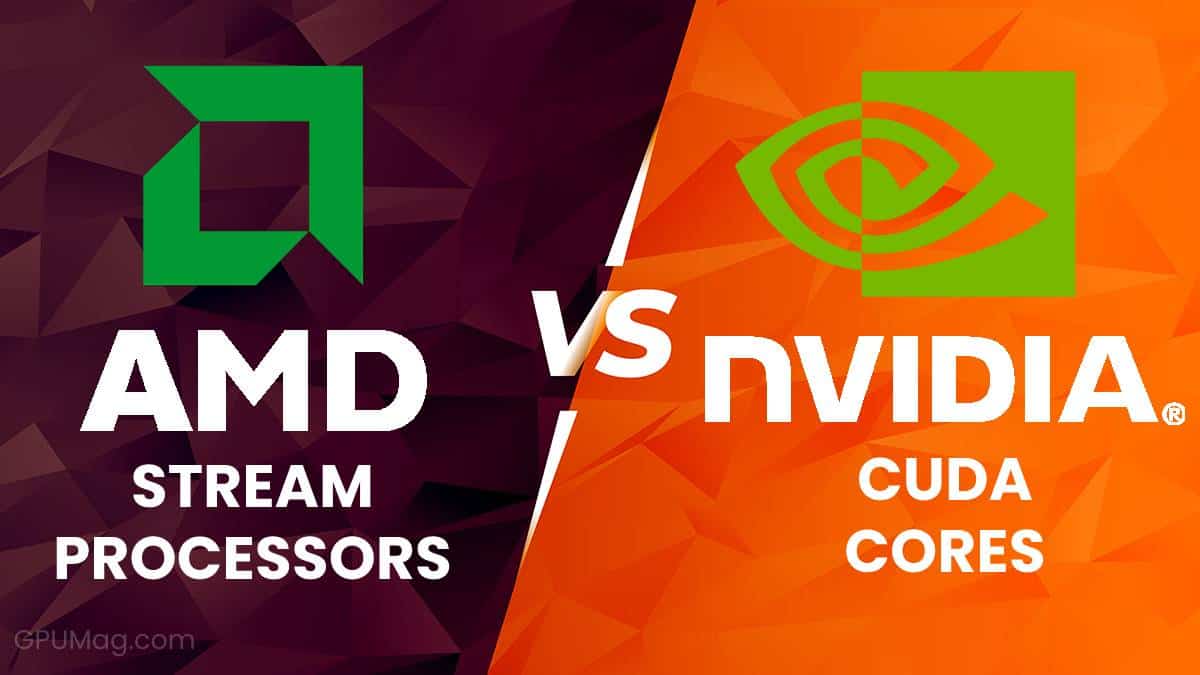 AMD’s Stream Processors and NVIDIA’s CUDA Cores serve the same purpose, but they don’t operate the same way, primarily due to differences in the GPU architecture.

These specifications aren’t ideal for cross-brand GPU comparison, but they can provide a performance expectation of a particular future GPU.

When looking at two different graphics cards from two different brands such as AMD and NVIDIA (there aren’t really any other notable companies), it can be difficult to compare them and develop an accurate estimate of their performance.

There is a great deal of available information, such as GPU core clocks, memory clocks, VRAM, transistors, etc., but it’s unlikely that you will find much use for this. Another piece of information you might come across regularly is Stream processors or CUDA Cores.

What exactly do these terms mean? Can you compare one against the other? Do more Stream processors mean better performance than fewer CUDA Cores? In short, no.

These two serve the same, or at least very similar, roles in a graphics card, but they are each very different from the other. You cannot directly compare an AMD and NVIDIA GPU based on that information alone, as the two features are not identical.

What Are GPU Cores?

To further understand the meaning of these two terms, you will need to understand what GPU cores are.

If you are familiar with PC tech, you have probably heard of computer processors or CPUs with multiple cores. In most cases, CPUs have between two and eight cores. Intel and AMD offer multi-core processors: Intel i5, i7, or AMD R5, R7, etc.

There are also so-called “threads,” but those are a different matter.

These cores are what allow computer processors to multitask effectively. The more cores a computer has, the more things it can process simultaneously. A modern, high-end 16-thread CPU can run several games and programs at the same time without breaking a sweat.

GPU cores work similarly to those found on a CPU, but those are not as powerful or intuitive. A graphics card requires a considerable amount of raw power to process a massive amount of tasks. Instead of focusing the power of just a few cores on running an operating system or software, multiple cores often work on millions of tasks.

For example, a 1920×1080 resolution display has more than two million pixels. To form an image on a 1080p display, the cores of the GPU need to process those millions of pixels. This process is repeated numerous times each second to ensure a smooth viewing experience.

This is a simplified explanation of what Stream processors or CUDA Cores are. The technology behind GPUs is far more complicated.

AMD’s Stream processors and NVIDIA’s CUDA Cores are neither equal nor comparable. This is because the two brands have their own special GPU architectures.

The manufacturing process is completely different because both sides have a secret formula.

These two terms are brand names to increase recognition among consumers. CUDA cores are what NVIDIA decided to name their GPU processors. The same applies to AMD.

If these two types of GPU cores can’t be compared, why were they given branded names at all? Why should casual consumers worry about CUDA cores or Stream processors?

One benefit is that it allows for comparisons of same-brand graphics cards.

For example, the RTX 3080 and the RTX 3070 are both from NVIDIA and are based on the same Ampere architecture. The former has 8704 CUDA Cores while the latter has 5888. With these numbers, you can assume that the RTX 3080 is faster, and you would be right.

However, the information you can gain from this type of specification is not very accurate. If you are unfamiliar with past or present GPU lineups and releases, these numbers will not do you much good. Spending too much time focusing on the official specifications is not recommended.

How To Compare GPUs

Understanding how graphics cards operate and how they are built is not easy. It is a complicated matter. This is why most casual consumers and gamers shouldn’t worry about it too much.

There is a simple solution if you are looking for a reliable way to compare the performance of graphics cards. Forget about specs, numbers, or other similar information.

You should instead look at official or third-party benchmark results. Benchmarks will give you an insight into exactly how much FPS you can expect in certain games. With this information, it is much easier to compare GPUs from both AMD and NVIDIA.

Finding these benchmarks is now very easy as countless articles, videos, and websites provide such information. 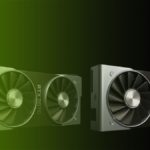