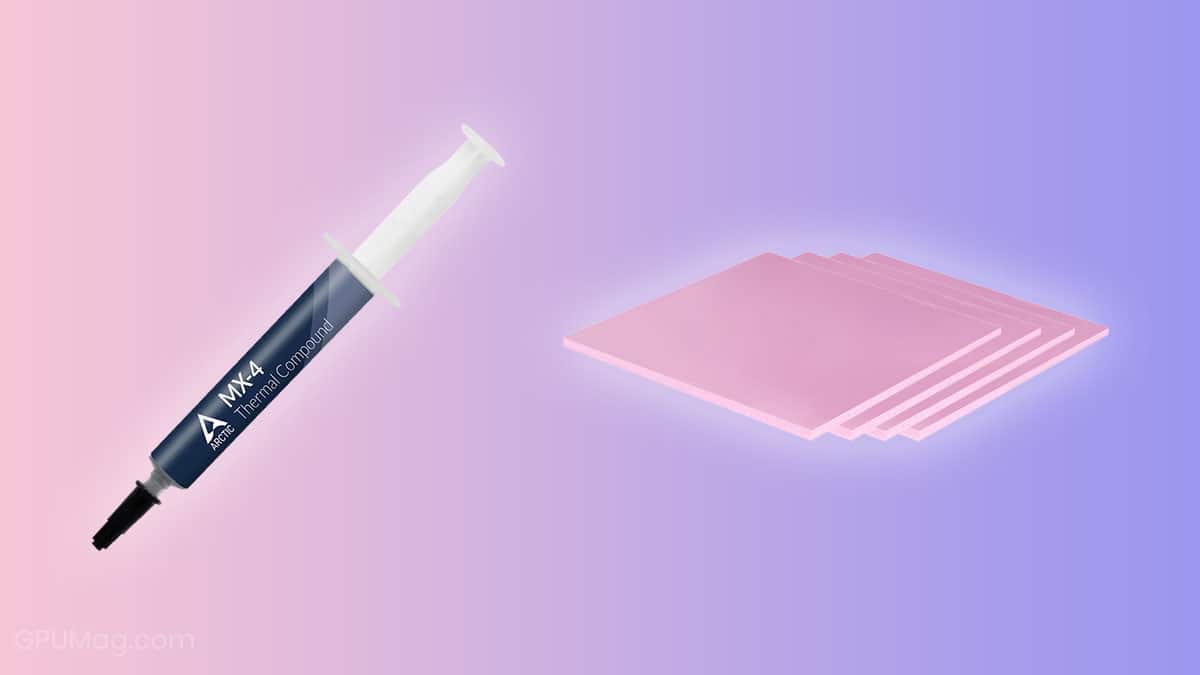 This guide will explain what these things are, how they are used, and compare thermal paste vs. grease vs. pads to explore how they differ from each other.

All of these things are thermal (heat) conductors. This means they will absorb the heat produced by the CPU or the GPU (the chip specifically) and conduct it safely and efficiently to the heatsink, from which it will be further dispersed.

It’s important to know why there is even a need for such things, so let’s take a closer look.

Why Heat Needs To Be Dissipated

The processing unit (whether it is graphical or central) has to perform an incredible amount of calculations each second. They accomplish this by transferring electricity, which in turn generates heat. Due to the sheer number of processes that the chip performs, it can become really hot.

This is where the heatsink and fans come in as the most widespread cooling methods. There are also alternative methods, such as water cooling, but the heatsink/fan combo is the most popular one because it is straightforward (and relatively cheap).

Before that combination enters the picture, there needs to be something that will conduct the enormous amounts of heat from the chip to the heatsink. That is where a thermal paste or thermal pad comes into play.

Before proceeding, we should quickly get this out of the way. Thermal paste is the same thing as thermal grease.

The term thermal paste is far more widely used, so we’ll use it to explain what it does. Other names for thermal paste include thermal compound, thermal goop, thermal gunk, heat paste, and others.

Thermal paste is different from a thermal adhesive, which you shouldn’t use unless you know exactly what you’re doing. Adhesive only needs to be used in extremely rare cases, as the chip is already pressed down and secured using other methods.

As its name suggests, thermal paste is a liquid that will conduct heat and is placed directly between the chip and the heatsink. Because of this, it’s important to know how to apply the paste properly. If you’re able to do that, then it will fill all of the gaps and make sure that the heat is transferred correctly.

Thermal pads are not the same thing as thermal paste. They are solid and provide a different sort of coverage in the way that it might leave some air pockets, which is something that you do not want.

It would be unfair to say that thermal pads don’t provide proper heat conduction when, in fact, they do. Most of the time, the difference between a thermal paste and a thermal pad will be almost impossible to notice in terms of performance.

Thermal pads are a lot easier to install, and you can’t really mess anything up as you might with a thermal paste. With the paste, someone new to the process or uncertain about it might accidentally apply too much paste, which can lead to a different set of complications.

However, properly applied thermal paste can be a much better heat conductor than a thermal pad. 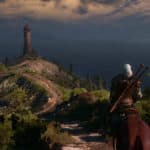 What Is Ambient Occlusion? (SSAO, HBAO, HDAO And VXAO)