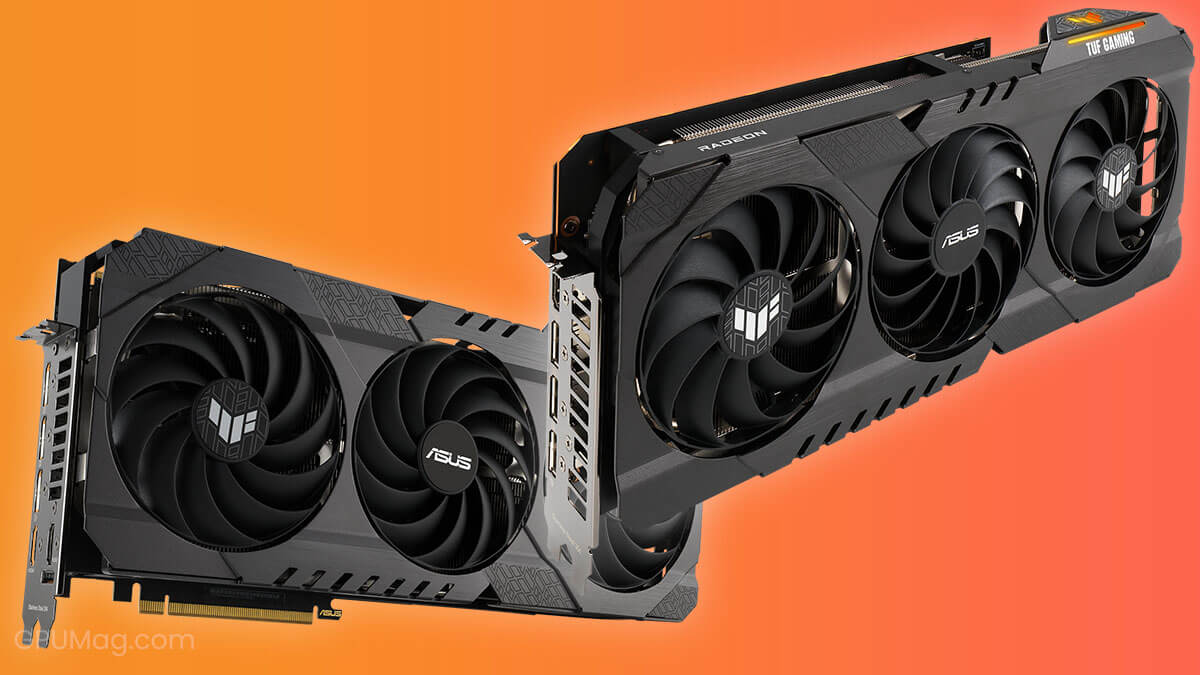 A couple of years ago, before AMD’s comeback in 2020, the general consensus was that NVIDIA GPUs were the faster and better cards.

Things get even more complicated once you consider how many GPUs are out there, and they don’t stop coming.

So, if you want to find the right new GPU for your system while staying within budget, this is the guide you need.

AMD had trouble over the past couple of years competing against NVIDIA, especially in the high-end sector. Before RDNA 2, AMD’s best card was the RX 5700XT which competed against the RTX 2070 without having any answer for the RTX 2080 or 2080 Super.

Today, thanks to the new RDNA 2 architecture, AMD is finally showing teeth in the GPU market. Not only are their new GPUs very competitive, but the RX 6950 XT is the fastest GPU in the world at 1080p. Any resolution above that, like 1440p or 4K, NVIDIA’s RTX 3090 Ti dominates.

Although the NVIDIA counterpart has some other advantages, but more on that later.

Now, let’s get to what you’ve all been looking for. The performance of this GPU.

To help you understand the difference between the two flagship GPUs from team red and team green, we will use Hardware Unboxed’s 12-game average benchmark.

Looking at the first (left) image, we can see that the RX 6950 XT is the fastest GPU on the chart, but the difference in FPS is only about 3%.

When increasing the resolution to 1440p (right image), the higher memory size and bandwidth help the RTX 3090 Ti match the RX 6950 XT in average FPS and surpass it in minimum FPS by a small margin. However, at 4K resolution, the gap between the two GPUs gets a bit bigger.

In terms of power consumption, the RX 6950 XT is a big card, so a high power draw is expected.

Looking at this image above, we can see that the Sapphire RX 6950 XT Nitro draws 377 W in stock. The RTX 3090 Ti, on the other hand, draws over 500 watts. That’s 30% more power for minimal advantages in performance at higher resolution.

However, we should also mention that AMD’s RDNA 2 GPUs are considerably slower in ray tracing performance and lack NVIDIA’s upscaling technology, DLSS. Although FSR 2.0 nowadays is almost as good as DLSS.

We already mentioned that NVIDIA has been on top of the GPU benchmarks for years. The GTX 980, GTX 1080 Ti, and RTX 2080 Super were miles away from AMD’s offerings.

It may lose out in terms of raw rasterization at 1080p, but once the resolution is increased and you enable ray tracing, NVIDIA’s flagship becomes a 500W beast of a GPU.

Well, let’s look at some other benchmarks like DLSS or ray tracing (RT) before we come to a conclusion.

So, in F1 2021, with RT enabled, the RTX 3090 Ti stomps the competition simply because RDNA 2 does not have the necessary hardware to process ray tracing.

For the people looking to get one of the best-performing GPUs on the market right now but don’t want to throw $1000+ in the drain, the RX 6800 XT is what you are looking for.

With a price of $650, this is the essential choice, especially if you’re into AMD. Alternatively, you could go for the RTX 3080, which is $50 more expensive.

Similar to the rivalry between the two flagships, the RX 6800 XT and RTX 3080 also trade blows. With the AMD GPU overtaking at 1080p and the 3080 taking the lead at higher resolution.

Here is a substantial 50-game average chart from Hardware Unboxed:

So, after averaging the FPS of 50 games, the RX 6800 XT comes out 3% faster than the RTX 3080. That kind of performance difference is almost negligible, but consider that it is also $50 cheaper.

However, you can use this chart to determine which GPU is better for you. For example, if you’re more into the games from the chart’s upper half, consider getting the 3080. On the other hand, if you play more games in the lower half of the chart, the RX 6800 XT is the better choice.

In terms of thermals, they match each other, so you won’t have to worry about which one is louder.

We already covered quite a bit about the RTX 3080 in the RX 6800 XT segment above, but if you’re more interested in an NVIDIA GPU, here’s some information.

Here are the benchmarks:

Even without Metro Exodus Enhanced Edition from the chart, the RTX 3080 is still 6% faster on average.

Here is how they compare with ray tracing enabled in Shadow Of The Tomb Raider:

As we said previously, AMD still has to catch up regarding ray tracing performance. Here, the RTX 3080 is a clear winner.

We looked at the fastest, most expensive, and the most high-end GPUs of both team red and team green.

But now, let’s look at the more sensible offers, or more specifically, the best value high-end GPU, the RTX 3070.

For just $500, the RTX 3070 can bring near-RTX 3080 performance while drawing considerably less power. Don’t believe it? Here are the performance numbers.

Ray tracing further widens the gap between the two GPUs.

Now we’re finally getting into the budget-friendly territory. The RTX 3070 is a great buy, but there’s no contender for the RTX 3060 Ti’s impeccable price-per-performance value.

Here’s the chart for further info:

Performance-wise, this $400 GPU outperforms NVIDIA’s previous generation flagship, like the RTX 2080 Super, and even closes in on the RX 6700 XT and RTX 2080 Ti.

The budget segment of the current GPU market status isn’t doing too good. With disappointing offers like the RX 6500 XT, RTX 3050, and RX 6600 XT, either because they’re priced too high or perform too slow, it’s hard to justify a budget GPU.

The RTX 3050 is marginally better as a budget GPU than AMD’s offering at $250 MSRP, but it still isn’t as good as we would like. Below, you’ll see why.

Again, we’ll use one of Hardware Unboxed’s charts as an insight into performance.

While this might seem impressive, consider that the GTX 1660 Super is two and a half years older and $30 cheaper (at MSRP).

You could argue that the RTX 3050 has other benefits like ray tracing capabilities and DLSS, but we simply don’t think that’s enough to justify the $250 price tag.

Unfortunately, there is no other contender at this price point, so it is the best budget pick for now.

There are some great picks from this list, but the current GPU market status isn’t all that great. So, if you’re looking for better value out for your money and are willing to wait for future generations, you’re in luck.

RDNA 3 will supposedly bring substantial performance improvements over the current generation and perform much better at ray tracing.

The RTX 4000 series, codenamed Ada Lovelace, should also release around that same time and deliver a substantial increase in performance. However, that performance may come at the cost of a power draw.

Future GPUs to look out for:

Make sure to come back and check out the guide when these new GPUs do release! 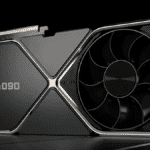