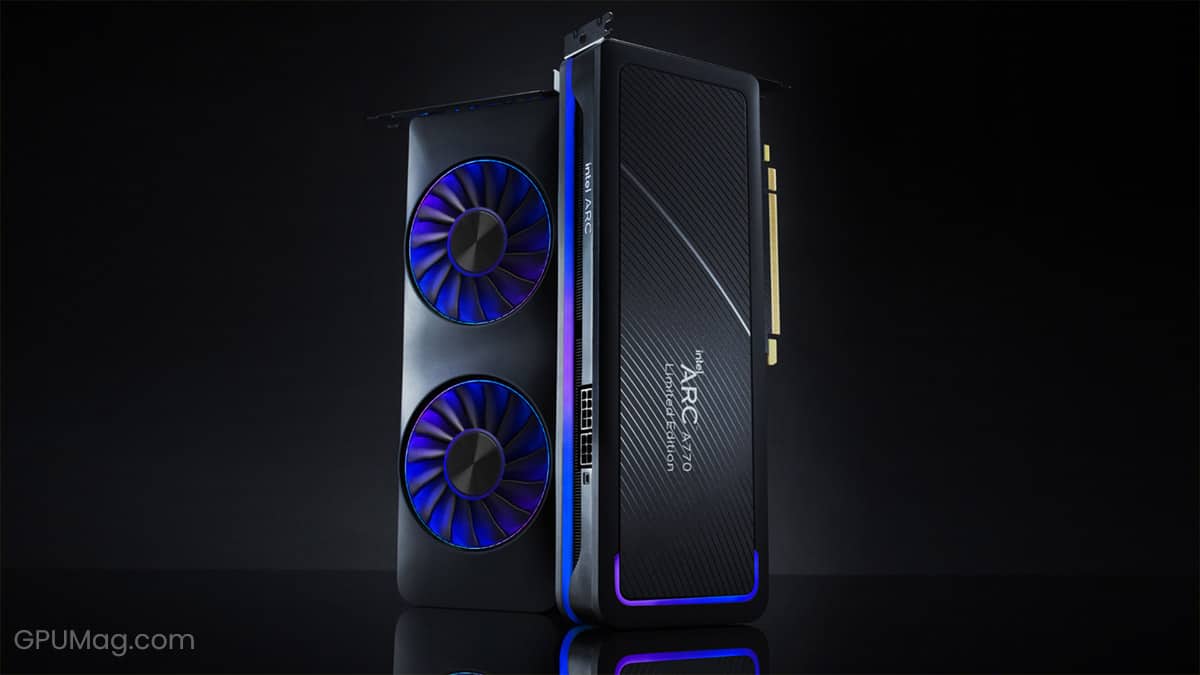 Intel Arc Alchemist was Intel’s first step to become a vital part of the dedicated graphics card world. And even though the Alchemist GPUs, Arc A770 and A750, were not as powerful as NVIDIA’s RTX 3090 and RTX 3080 or AMD’s flagship RX 6950 XT, they still offered pretty good value.

So, with Arc Alchemist out, the upcoming generation is Arc Battlemage. This time around, Intel may also have flagship GPUs that can compete against AMD’s and NVIDIA’s high-end GPUs.

We can’t know what Battlemage will be capable of, but we’ve gathered some information through rumors and leaks to keep you updated.

With Intel still working hard on Intel Arc Alchemist, which might also lead to more SKUs throughout 2023, there isn’t any concrete information regarding the release date of Arc Battlemage.

However, Intel’s Arc roadmap does give us a general idea of what to expect.

In Intel’s Investor Meeting in 2022, they projected that Battlemage GPUs will release between 2023 and 2024.

But, considering the very late release of Arc A750 and A770, the lack of additional SKUs, and driver optimization, we can assume that the earliest Battlemage GPU may release in 2024.

Best case scenario, Intel might squeeze a release in Q3 of 2023.

Here is what Raja Koduri, the executive vice president and general manager of Intel’s GPU division (AXG Group), had to say regarding the GPU design cycles during the Gadgets360 interview.

Doing a new architecture is always very difficult. New architectures take 3-4 years but after that once you have a baseline, iterating on it is quite fast. Since we are coming from nothing, we want to iterate fast so that we can catch up to the competition in every segment.

Raja Koduri also believes that Intel’s next-gen GPUs and even the generation after that (Arc Celestial) are on track, following their roadmap.

Since it is still early for Intel to share any concrete information on Arc Battlemage, specifications information or even leaks are pretty scarce. In fact, Intel rarely has any leaks for its products.

However, a leaker on Twitter, Komachi_Esaka spotted some interesting information in a mistakenly published Intel GPU test driver on their website.

Various leakers have previously mentioned this ELASTI codename and connected it to the Battlemage architecture.

Unfortunately, the leak does not provide us with any specifications, but at least we know that Intel is working on the next-gen desktop GPUs.

In the same interview by Gadgets360, Raja Koduri also had something to say regarding the power limits/draw of future Intel GPUs.

Performance per Watt, or delivering higher performance at lower power, is my top priority. There will always be someone with some skill who can say “I’m going to give you more juice”, but my focus is lower power.

The other issue I find with just increasing power and bragging about benchmarks is that while it’s good from a marketing standpoint, [there is a limited] number of PC users who can just buy such a card and plug it in. It dramatically reduces your overall market, right?

Indeed, PC users would rather not spend extra money on a PSU to house a GPU that uses ridiculous amounts of power. Electricity doesn’t come for free, right?

Koduri had something to say about that as well.

High-end has no limit right now. What is the definition of high-end? Is it 600 Watts? Obviously our partners and our customers want some halo SKUs for bragging rights, and we always like to figure out ways to enable that.

But my priority at this point is getting that core audience, with one power connector. And that can get you up to 200-225W. If you nail that, and something a little above and a little below, all that falls into the sweet spot.

If Intel can truly keep Arc Battlemage’s power draw to a “normal” level, AMD and NVIDIA might need to reconsider their current strategy of pushing the power limits for more FPS.

Like with the specifications, it’s a bit early to find pricing information on Arc Battlemage.

However, we know that Raja Koduri’s plan with Intel’s GPUs is to offer better price-per-performance cards than the competition to break the duopoly.

Currently, both AMD and NVIDIA are pushing close to or above the $1000 mark, so naturally, Intel can utilize that.

Based on that, here are our price guesses:

Other than that, we can’t say much more about Intel Arc Battlemage GPUs. But, any future information Intel or leakers might share regarding this topic, we’ll make sure to add them to the article! 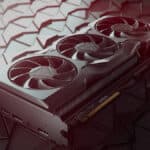