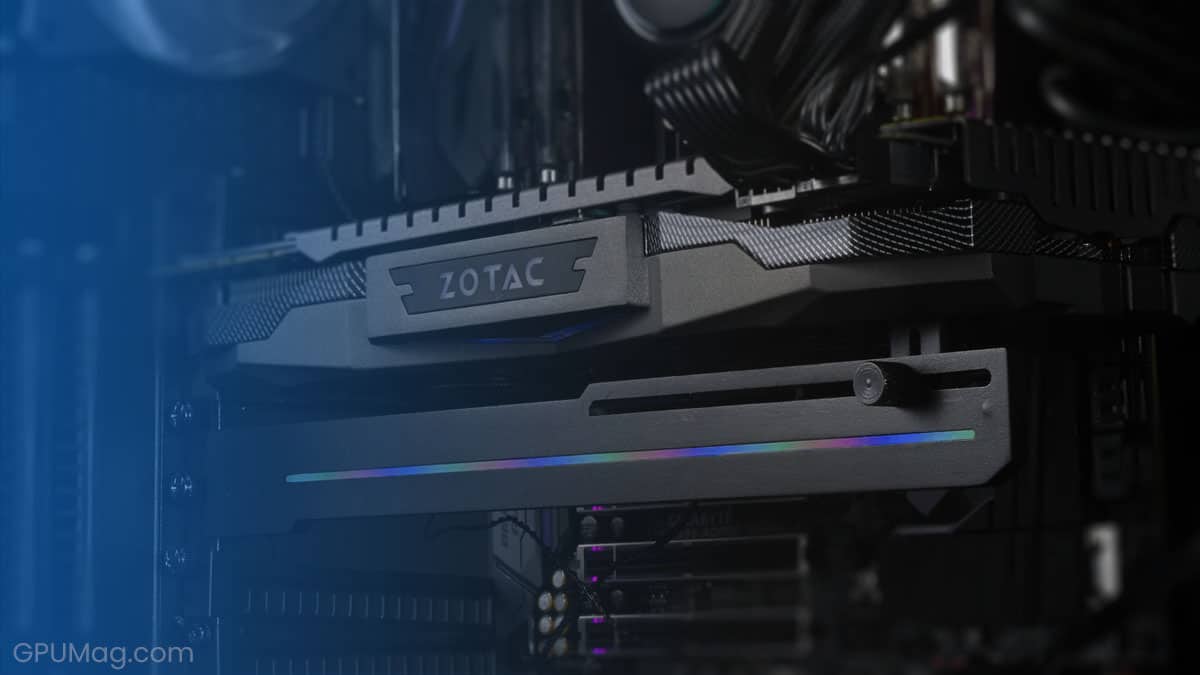 Getting a new GPU and simply plugging it in might work but, if you don’t make sure that your system is compatible, you could seriously endanger it. Why take an unnecessary risk when checking the graphics card compatibility is so simple?

The good news is that most modern GPUs are compatible with almost any motherboard from the last decade. Even so, it’s better to be safe than sorry.

You will only need to check for graphics card compatibility if you’re getting a dedicated GPU. If you’re planning to game using your integrated graphics card (which is possible and sometimes even decent with newer technology), you can be sure that it’s already compatible.

Let’s right get into the nitty-gritty!

PCIe x16 Slot Is The Key

This brilliant technology is the reason that modern graphics cards can fit into most motherboards.

PCIe x16 slots have several different numbered suffixes and you might be wondering what these signify. The truth is, as far as compatibility goes, there isn’t much difference between them.

For example, a PCIe 3.0 can run PCIe 1.0 cards and vice versa, although if you run a modern GPU on an older slot you will experience bandwidth limitations. The general trend has been that every new version doubles the previous version’s performance. So, if PCIe 2.0 has 4 GT/s (Giga transfers per second), PCIe 3.0 has 8, and so on.

Currently, in 2022, 3.0 is the most widely used slot. Although that slowly seems to be changing as we got introduced to PCIe 4.0 and PCIe 5.0 with Intel’s Alder Lake processors.

Overall, it’s best to have a motherboard with a free slot that matches the GPU you’re planning to get.

Another important point is that you need a free slot, especially if you’re planning to set up multiple GPUs via either NVIDIA’s SLI or NVLink, or AMD’s Crossfire. You won’t be able to do this if you only have one PCIe x16 slot, but there are solutions out there for those who are willing to do some engineering.

If you are planning to use your rig primarily for gaming, multiple GPU setups are not recommended. Driver and game support for this technology is steadily dying and the possible performance gains are minimal.

Make Sure You Have Enough Physical Room For Your New GPU

This is an aspect that is easily forgotten, but one that can really mess with graphics card compatibility. Make sure you know the specifications of your case as you can easily check the dimensions of the graphics card, which are usually readily available on the manufacturer’s website.

If you either forget the type of case you have or you can’t identify it, you can always manually measure the inside of the case with a tape measure. Just make sure the PC is turned off and unplugged when you do this. This isn’t the most convenient method, but it serves its purpose as a last resort.

In most cases, you will want to focus on the length of the graphics card as it is usually the main issue. It’s also good to know the width, as it’s possible that this could interfere with other components in your PC.

While graphics card compatibility is important, it’s equally important to make sure that all the extra cables for the GPU and other nearby components have sufficient room and won’t be bent.

Measuring the space in your PC is crucial when determining if your rig will have enough room to breathe. Proper airflow is key to keeping your PC at the optimal temperature. The GPU is probably the most significant heat generator inside the case, so you should be extra careful to ensure that air can flow around it freely and provide proper cooling.

Otherwise, you will likely begin noticing problems when playing some games, with stuttering issues or even crashes.

This is probably the most important thing to check. A PCIe x16 slot will likely exist on your motherboard and, even if there’s not enough room in your case, you can get an upgrade for a reasonable price.

A PSU isn’t a great deal more expensive, but it needs enough power and proper connectors for the GPU you intend to purchase.

Depending on the GPU you want, you will need to know if it needs a 6-pin, 8-pin, or if it doesn’t require a power connector at all. In the majority of cases, the more power a GPU needs, the bigger the connector will need to be.

For example, a powerhouse like the RTX 3080 will sometimes require three 8-pin connectors, while a last-gen budget option like the GTX 1050 Ti will require none whatsoever.

This means that if you’re looking to get the latest GPU, you will need to have a modern PSU as well. A lot of older PSUs (pre-2015) won’t even have a single 8-pin connector, let alone three. Power connector adapters can fix this, but they don’t have a great reputation.

As far as required PSU capacity is concerned, a good rule of thumb is that the amount of power your GPU uses should be at most half of your PSU’s maximum power. Ideally, you want your graphics card to be at around 40% of your PSU’s capacity.

This is important because a GPU will draw more power when under heavy loads, such as playing an intensive AAA title or rendering a high-resolution video. As consumption can increase in these situations, it’s important to have the necessary amount of extra headroom for your PSU.

A PSA on PSUs: There are manufacturers who advertise their units at insane numbers like 2000W, but don’t fall for this marketing trick. That number is often a theoretical burst. Our advice is to consider your options from reputable PSU makers and take the power rating into consideration.

If you get a brand new, top-of-the-line graphics card while the rest of your PC components are older, some bottlenecking issues are bound to occur. Usually, this bottleneck will come from the CPU, but it can also be caused by RAM or the hard drive.

Although this is a smaller issue, it’s still important not to forget about your monitor’s port. Some GPUs offer the ability to use an HDMI, DisplayPort, or DVI, but some cards don’t provide that luxury.

You can get around this issue by purchasing an adapter. Keep in mind; display adapters are known to lose contact and cause connectivity issues.

Related:HDMI vs. DisplayPort vs. DVI vs. VGA vs. USB-C – Which To Use? 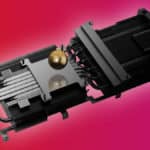