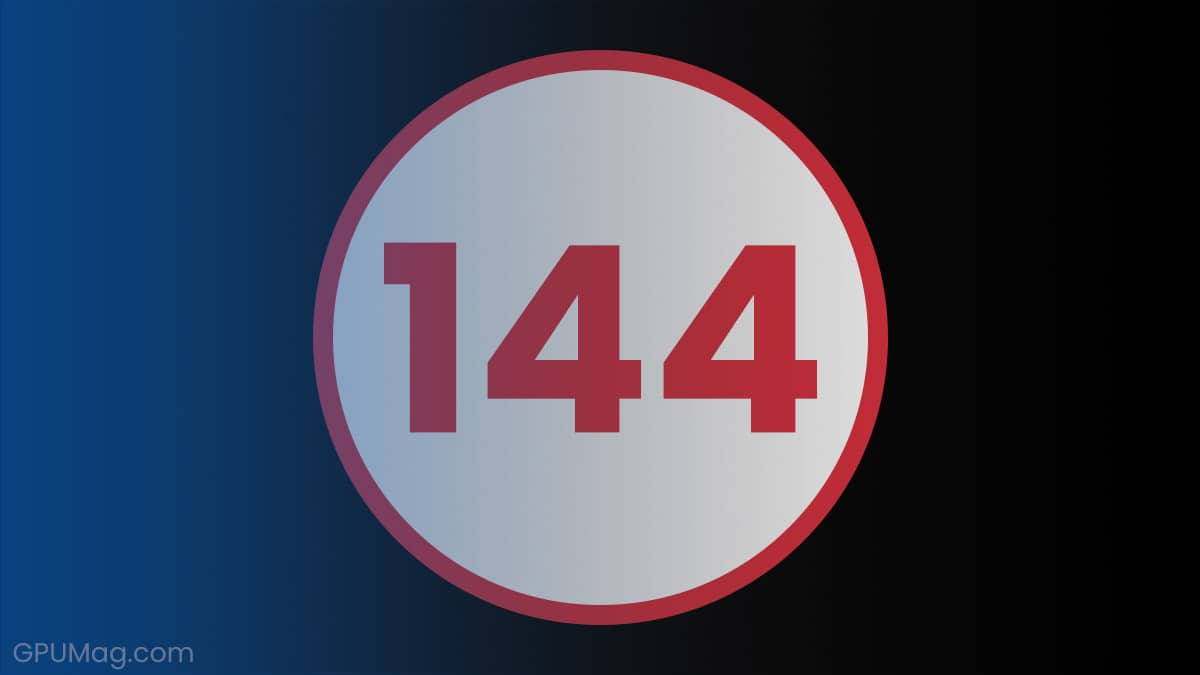 Making sure your graphics card’s FPS output matches the refresh rate of your monitor shouldn’t be a problem, but it sometimes is. Although it’s becoming easier to do this, issues still pop up all too often, causing unnecessary distractions.

An FPS limiter could be the perfect solution.

We need to discuss this because there are different solutions from various sources that provide different results.

Before we explore those FPS-limiting solutions, let’s consider why they are even necessary.

This visual glitch, known as screen tearing, can ruin the experience of being immersed in your favorite game. It is an instant reminder that we are not actually part of a counter-terrorist unit but simply a person sitting in front of a computer.

If you are experiencing screen tearing, it’s likely that your graphics card and your monitor aren’t in sync. In most cases, the monitor’s refresh rate is locked at a certain speed, such as 60Hz, and the GPU outputs more than 60 frames per second.

When that happens, the monitor will attempt to show more frames than it is capable of and will sometimes display two or more frames at the same time. This results in one frame being shown on the upper half of the monitor and another on the lower half.

The Best Solution Is Also The Most Expensive

Issues with screen tearing will soon be a thing of the past and not remembered fondly. With FreeSync and G-Sync monitors and graphics cards becoming better and more widespread, in a few years, we will probably forget that screen tearing was ever an issue.

However, we want to play games now, and, unfortunately, screen tearing is still a thing.

The variable refresh rate on monitors uses either Freesync (AMD) or G-Sync (NVIDIA). Although this might feel restrictive, for any future upgrades, it’s a perfect solution.

A variable refresh rate means that the software can communicate between the monitor and the GPU and sync the frame rate output and refresh rate. This means if the game drops to 45 FPS, the monitor will reduce its refresh rate to 45Hz.

Keep in mind that your game won’t be limited to the monitor’s maximum refresh rate. It is going to be limited only if V-Sync is enabled.

The Cheaper, But Still Good, Solution

Getting a silky smooth picture doesn’t have to be expensive. You won’t need to buy additional hardware to resolve this issue.

The original sync solution for screen tearing was V-Sync, but this wasn’t perfect and quickly became outdated as both AMD and NVIDIA devised their own fixes for the problem. However, before either company managed to produce an adequate synchronization option, people were forced to use an FPS limiter.

FPS limiters are aptly named and do exactly what their name suggests: they limit the output of frames to the monitor. The secret to the FPS limiter’s good standing in the gaming community is that it not only fixes screen tearing but can also help gamers with more demanding games by forcing GPUs to remain within set limits.

Although this is just a side effect of the tool, it can be invaluable for gamers with less advanced PCs who are trying to play AAA games. Although initially developed to fix the screen tearing issue, an FPS limiter effectively prevents t the GPU from needlessly exerting itself to produce additional frames, which can cause an unstable frame rate.

Even if it isn’t a high frame rate such as 120 FPS or even 60 FPS, having an FPS limiter set at 30 FPS when your GPU fluctuates between 25 and 40 can give you a console level of stability and help you forget you ever had FPS issues.

Another positive side effect of an FPS limiter tool is that, because fewer frames are required, the GPU will logically produce fewer frames and therefore require less power. Less power means lower temperatures which leads to a quieter PC.

The best use for an FPS limiter is to prevent the screen tearing issue we described earlier. If it is set to the monitor’s refresh rate, you will ensure that you won’t encounter any problems. Well, that isn’t entirely true, but we’ll look at that later.

In the same way that both AMD and NVIDIA have devised their own synchronization options, they also created their own FPS limiting solutions.

AMD uses its own software called ‘Frame Rate Target Control‘, which is a pretty good tool. This is an AMD-specific solution, so it will only work with their graphics cards. FRTC can be found in the Radeon Software, which is designed to keep the drivers up-to-date.

Well, not anymore. FRTC had a good run while it lasted, but following a major December 2019 Radeon software update, this feature completely disappeared. There’s no reason to panic, as AMD replaced FRTC with Radeon Chill, which is effectively an upgraded version of FRTC.

Chill isn’t exactly an FPS limiter and is more of an FPS ranger. That may not be a perfect description, but it essentially describes what Chill does. The software sets the upper and lower limit of the frame production required from the GPU, so it behaves in much the same way as an outright FPS limiter.

However, there is one condition. In order to change the FPS limit, you will need to exit the game and then restart it to activate any changes. This can be really annoying because it makes adjusting your settings to ensure the best possible experience far too tedious.

In early 2020, NVIDIA released a new driver update with a brand new FPS limiter. The limiter works on individual games but can also be used on a global scale.

Unlike AMD’s software, NVIDIA’s solution is pretty straightforward and does the job intended. Better yet, it does that job perfectly, and that’s pretty much all we need from an FPS limiter.

However, as with AMD, NVIDIA’s FPS limiter requires you to exit the game in order to change the settings, which, like Chill, makes the tool quite tiresome to use.

This is a third-party FPS limiting solution that has been widely used. It is available in a standalone version but is also included with the MSI Afterburner, which is a very useful tool, particularly for overclocking.

RTSS works pretty much as you would expect it to – by limiting the FPS output.

Despite being very useful, it can interfere with recording software such as OBS and cause problems when trying to run the two programs simultaneously, which is something that should be avoided.

There is one major downside, although there isn’t much evidence of it. We’re talking about the dreaded input lag. While there is noticeable input lag on RTSS, it isn’t much worse than that of AMD’s and NVIDIA’s options.

However, on a more positive note, unlike AMD’s and NVIDIA’s FPS limiting options, RTSS can be adjusted while the game is running, and the effects are immediately visible.

What Is The Best FPS Limiter?

In truth, none of these.

The best way to limit frame production is in a game’s settings. This is because an external software needs to intercept and adjust frame production, while the game itself can limit the number of frames being produced.

The biggest downside of this method is that only a small number of games actually have this option. Fortunately, some of these are the games that need frame limiting the most, including Counter-Strike: Global Offensive and Overwatch.

In conclusion, if you need to limit your FPS, you’re guaranteed to have the best results with an in-game tool. If one is not available, you have other options, both from your GPU’s manufacturer or a third party. These all have pros and cons, but the important thing is that there are only slight differences in how well they perform. 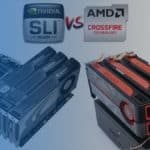 CrossFire vs. SLI – Are They Worth It?